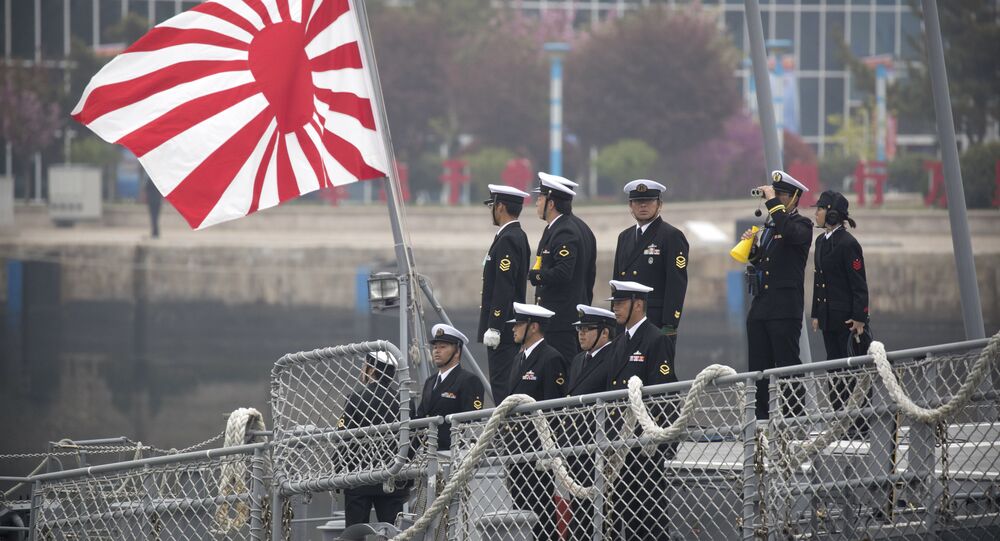 TOKYO (Sputnik) - The confrontation between the United States and Iran does not affect Tokyo's plans to send a warship to patrol the Gulf of Oman, Japanese Chief Cabinet Secretary Yoshihide Suga said on Wednesday.

"At the moment, the course has not changed", Suga said at a briefing, commenting on the issue.

Tokyo will monitor the situation and fully prepare to send self-defence forces to the region, he added.

The one-year operation will also involve a Lockheed P-3 Orion coastal surveillance aircraft. A total of 260 Japanese troops will take part in the operation. It is expected that they will start the mission in February. They are allowed to use weapons only in the event of an emergency to protect Japanese ships. The mission's budget for 2020 is 4.7 billion Japanese yen (about $43 million).

The patrol zone will not include the Strait of Hormuz and the Persian Gulf. Japan has reportedly taken such restrictive measures so that the sending of its self-defence forces to this area does not overshadow its historically friendly relations with Iran.

Parliament TV/Reuters
Labour Leader Jeremy Corbyn Says US Killing of Iran’s General Soleimani is ‘Illegal Under Any Law’
Tensions in the Middle East dramatically escalated after Qasem Soleimani, who led the Iranian Revolutionary Guard Corps’ (IRGC) elite Quds Force, was killed in Baghdad on Friday in an American drone strike ordered by US President Donald Trump.

Early on Wednesday, the IRGC announced the beginning of an operation to avenge Soleimani's death and launched surface-to-surface missiles at US facilities in Iraq.

In late December, the Japanese government decided to send a destroyer to patrol and collect information in the Gulf of Oman and the northern Arabian Sea.