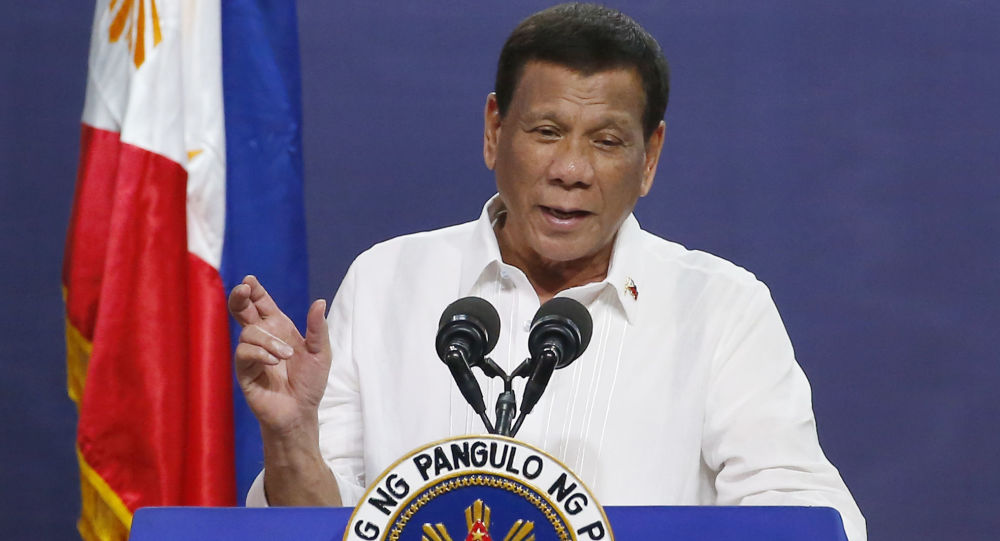 MOSCOW (Sputnik) - Philippine President Rodrigo Duterte has prohibited two US senators, who have been publicly supportive of jailed lawmaker Leila de Lima, from entering the Philippines and also warned that Manila could start implementing a visa system for all US travelers to the Asian country, Duterte's spokesman said on Friday.

"The President is immediately ordering the Bureau of Immigration to deny US Senators Dick Durbin and Patrick Leahy, the imperious, uninformed and gullible American legislators who introduced the subject provision in the US 2020 Budget, entry to the Philippines,” president spokesman Salvador Panelo said in a statement, as quoted by the ABS-CBN media outlet.

"Should a ban from entry into US territory be enforced against Philippine officials involved in - or by reason of - Senator de Lima's lawful imprisonment, this government will require all Americans intending to come to the Philippines to apply and secure a visa before they can enter Philippine territory," Panelo remarked, as quoted by the agency.

The spokesman also outlined that Duterte would reject any invitation from US President Donald Trump to visit the White House, in response to the budget provision. Trump initially invited Duterte to Washington in 2016.

"He (Duterte) said he would respond to the letter-invitation and would decline it,” Panelo stated, as quoted by the agency.

Duterte’s response follows the 20 December publication of the United States budget for the 2020 fiscal year. The budget includes a provision stating that US Secretary of State Mike Pompeo has the right to deny entry to any Philippine government officials who are alleged to be involved in de Lima’s arrest. The Philippine senator has been imprisoned since 2017.

US politicians have publicly slammed de Lima’s arrest. The former justice secretary has been an outspoken critic of the deaths incurred during Duterte's anti-drug campaign and was arrested over allegations she received bribes from imprisoned drug lords during her incumbency. She is not eligible for bail, and if convicted on all counts, faces life imprisonment. Her trial is still ongoing.