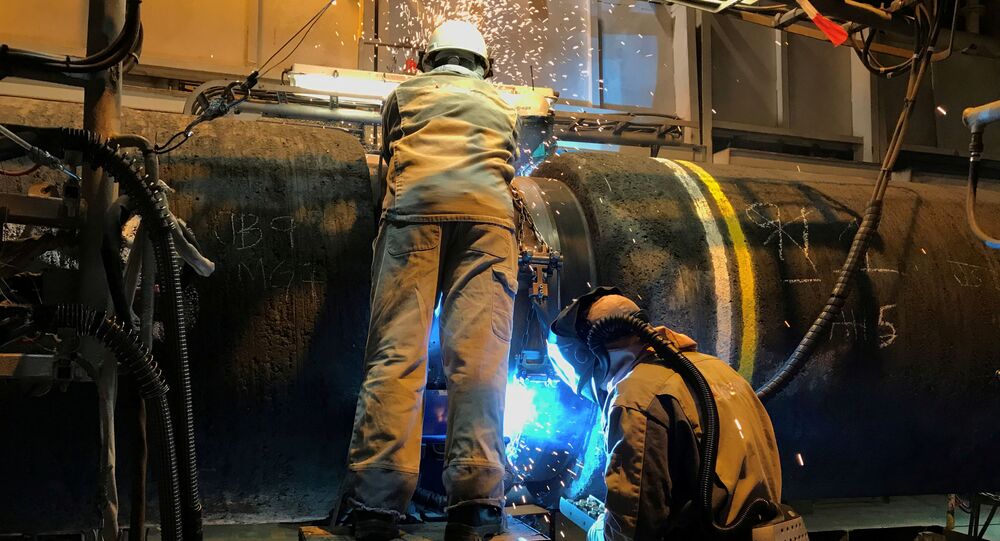 The day before, Russian Foreign Minister Sergei Lavrov said that the construction of the Nord Stream 2 pipeline would be completed despite the threat of US sanctions.

Speaking before the Russian Federation Council this Monday Russian Foreign Minister Sergei Lavrov slammed the recently introduced US sanctions against Nord Stream 2 and TurkStream saying that no country should doubt US unreliability.

"The US has once again demonstrated that their politics come down to the deterrence by different means - sanctions, ultimatums, threats. When a [country] punishes its closest allies for solving its economic problems, I think not one country in the world can doubt that if the US promises something, it can drop out at any moment," Lavrov said.

On Sunday, Lavrov assured people that the pipeline project will be completed just as the TurkStream, adding that TurkStream is set for a full launch in two or three weeks.

At the same time, Kremlin spokesman Dmitry Peskov said it was still too early to discuss the possible introduction of sanctions against Washington.

"It is too early to speak about [Russian introducting reciprocal sanctions] yet, but such actions cannot remain without a response," Peskov said, adding that such measures would be discussed when it best served Russia's national interests.

He added that Moscow considered the US sanctions "unacceptable" and hoped that such actions would not prevent the project from being completed.

Additionally, Peskov said that Russia was looking into possibly replacing Allseas, guided by its primary goal — to complete the Nord Stream 2 construction.

The US Department of the Treasury demanded that all the engaged companies stop all construction-related activities.

Swiss company Allseas has already suspended work on laying the Nord Stream 2 pipeline, while Berlin has rejected the sanctions as a breach of European sovereignty, and Moscow has pledged to complete the construction of the pipeline.