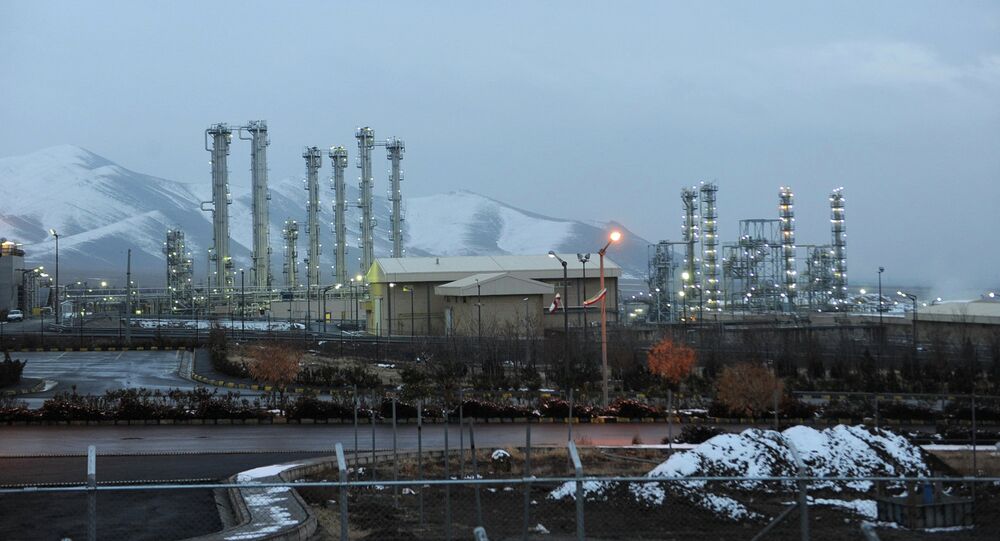 Last month, Iranian Foreign Minister Mohammad Javad Zarif lashed out at the European signatories of the 2015 Joint Comprehensive Plan of Action (JCPOA) nuclear deal, challenging their assertion that they had ‘fully upheld commitments” under the agreement.

Reuters has cited an unnamed diplomatic source as saying that European parties to the 2015 Iran nuclear deal, also known as the Joint Comprehensive Plan of Action (JCPOA), plan to force Tehran to adhere to the accord but will avoid restoring UN sanctions against the Islamic Republic.

The source added that the so-called E3 of Britain, France and Germany agreed in principle to trigger the Dispute Resolution Mechanism (DRM) on Iran, but that they would still wait and see how Iran would act before taking a final decision.

“Launching the process aims to resolve the problematic issues and save the deal. It’s not automatic that UN sanctions will follow. If we decided to do that [reimpose the sanctions] it would mean that we have decided to put the final nail in the [JCPOA] coffin,” the source pointed out.

The statement comes as Britain’s envoy to the UN Karen Pierce said that the re-imposition of sanctions is “not a step we want to take but Iran’s actions are leaving us little option other than to respond within the parameters of the agreement”.

“Should we be forced down the path of triggering the DRM [mechanism], we would do so in order to find a diplomatic way forward with the aim of protecting the agreement,” she added.

A senior Iranian official involved in the nuclear talks was quoted by Reuters as saying that Tehran had been informed about the E3’s “readiness to launch the mechanism".

“If they do it, Iran will act accordingly. If they want to save this deal, they have to keep their promises, otherwise Iran will take further steps,” the official said, claiming that the E3 countries were being bullied by the United States.

The remarks come after officials from the European Union, France, the UK and Germany issued a joint statement accusing Iran of “breaching” the 2015 nuclear deal and suggesting that they had upheld their commitments to the agreement.

The E3/EU have fully upheld their JCPOA commitments, including the sanctions-lifting as foreseen under the JCPOA. It is now critical that Iran upholds its JCPOA commitments and works with all JCPOA participants to de-escalate tensions,” the European signatories said in a joint statement.

Iranian Foreign Minister Mohammad Javad Zarif responded by asking the E3 to “just show one [commitment ] that you’ve upheld in the last 18 months”.

Iran Scales Back Its JCOA Obligations

This comes as Iran began to scale back its commitments to the JCPOA in stages, with the country launching the fourth stage last month after the expiration of the previous three. The Iranian Atomic Energy Organisation reported that Tehran was now enriching uranium at a level of five percent, above the JCPOA limit of 3.67 percent.

The developments followed the US formally withdrawing from the JCPOA on 8 May 2018, and reimposing tough sanctions against Iran’s banking and energy sectors.

The remaining parties, including Russia, China, the EU, France, the UK and Germany, signalled their adherence to the JCPOA and attempted to find a workaround to US sanctions to preserve the deal.

Iran, in turn, complained that thus far, European efforts, including the INSTEX trade mechanism, hadn’t been implemented completely, and were not working effectively.

The JCPOA was signed in 2015 in Vienna, obliging Tehran to limit its nuclear programme in exchange for the removal of nuclear-related international sanctions.

Iran Does Not Intend to Leave the JCPOA - Foreign Ministry