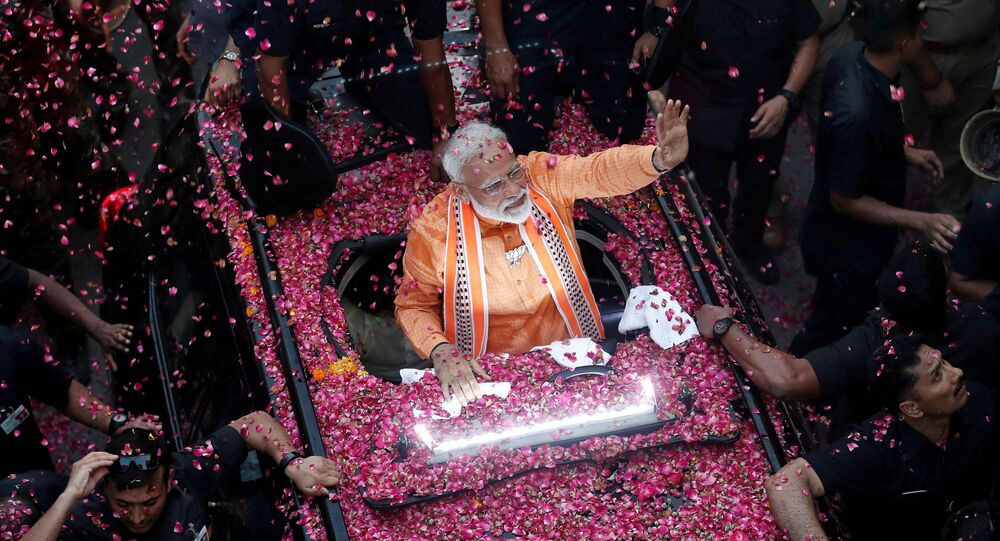 New Delhi (Sputnik): India’s top bank has revised the country's growth outlook to 5 percent from an earlier projection of 6.1 percent after quarterly growth slowed to a 6-year low at 4.5 percent in July-September. The economy needs 8 percent growth to achieve reach $5 trillion by 2025.

Indian Prime Minister Narendra Modi has reiterated the dream of having a $5 trillion economy by 2025 while taking a dig at the opposition saying the infrastructure projects announced by the previous government are difficult to complete.

Addressing a summit in New Delhi, the prime minister said India will soon take a decision on regarding the investment priorities of the country's banking sector.

Addressing a summit in New Delhi, Modi said, “India is working towards $5 trillion economy, which will bring ease of living and a better tomorrow. Rules and procedures are being simplified to push development in India.”

Modi hinted that the government will soon make up its mind on “safeguarding bankers’ decision”.

Fear of scrutiny of the commercial decisions by investigative agencies is hurting the availability of credit, according to government officials.

The size of the Indian economy was $2 trillion when Modi took over in 2014, and has reportedly increased to $3 trillion in five years.

“Between 2014 and 2019, the size of the Indian economy grew from $2 trillion to $3 trillion. In the next five years we can grow to a size of $5 trillion. Every Indian needs to nurture this dream,” said Modi in his Independence Day speech in August.