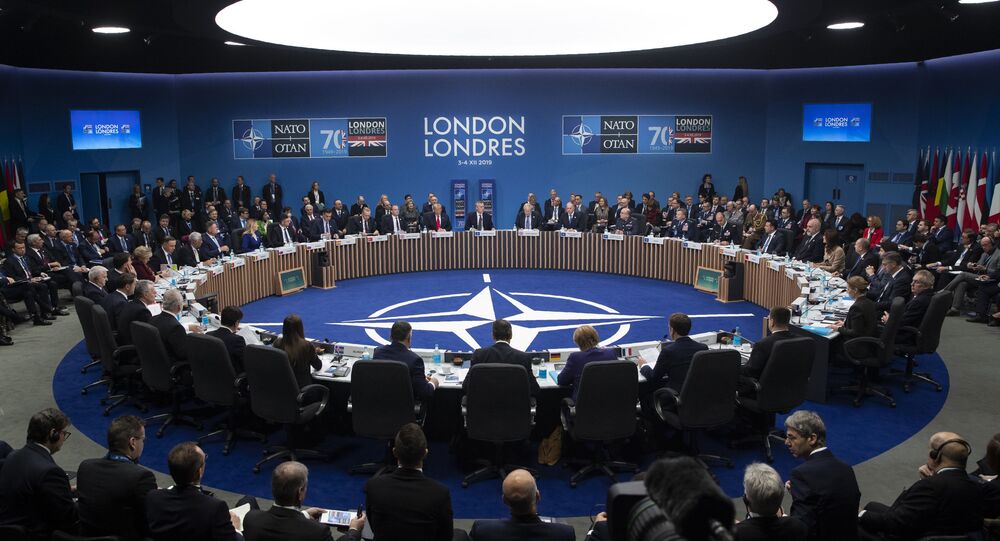 NATO leaders gathered in London to mark the 70th anniversary of the organisation at a time when it appears to be more disunited than ever.

In the past two days, NATO members have displayed tension and disunity, which made it into the highlights of an otherwise uneventful gathering.

Divisions between the presidents of France and the United States were the centrepiece of the two-day summit. The pre-summit agenda was galvanised by Emmanuel Macron’s lamentations about the “brain death” of NATO and the lack of coordination between allies prior to the October disaster in northern Syria.

Donald Trump jumped on those comments in his first speech in London on Tuesday and called them “very nasty” and “insulting”, especially to the European states. He added that France had “a very high unemployment rate” and aimed a personal dig at President Macron: “I’m looking at him and I’m saying that he needs protection more than anybody, and I see him breaking off [from NATO].”

Trump appeared less belligerent during a meeting with Macron later that day, but the two presidents still clashed over the jihadists who are being held in Syria. Trump quipped to Macron: “Would you like some nice ISIS fighters? I could give them to you,” as he claimed that the terrorists held Syria mostly come from Europe, including France.

ICYMI: Trump and Macron argued over Islamic State fighters in a sideline meeting on Tuesday during the NATO summit in London pic.twitter.com/2C9vJLXPG9

But Macron humbled his counterpart right on the spot, saying, “Let’s be serious” before adding, visibly irritated, that the fighters coming from Europe actually represent a “tiny minority” of the overall number of terrorists.

The French president also made the case that NATO isn’t all “about money” – an apparent swipe at Trump’s repeated demands for bigger defence spending from allied states – and said he still stood by his “brain death” comments.

Turkey has been at odds with the rest of the alliance over its purchase of Russian anti-aircraft missile systems and its policy on Syria.

Turkish President Recep Tayyip Erdogan threatened prior to the summit to block NATO’s defence plan for Poland and the Baltic states unless the alliance backs Turkey in designating the Kurdish forces as terrorists.

Eliminating the security threat allegedly stemming from those forces – the key allies of the West against Daesh* on the ground – was the main rationale behind Turkey’s military encroachment in Syria in October.

President Macron blasted Turkey for coordinating its efforts only with the United States, and not with other NATO allies, before launching the operation. He also blamed Turkey’s ambiguous stance on Kurdish militias for harming NATO’s efforts to fight terrorism in Syria.

“When I look at Turkey, they now are fighting against those who fight with us — who fought with us shoulder-to-shoulder against ISIS — and sometimes they work with ISIS proxies,” he said.

Another flashpoint was the purchase of Russia’s S-400s by Turkey. Speaking at the summit, Macron shared the widespread assumption in NATO that by acquiring the sophisticated anti-aircraft missile systems, Turkey would expose the alliance’s military hardware to Russian intelligence.

Ankara has repeatedly refused to abandon the deal, despite threats from Washington. Trump appeared to put up with this stance as he defended Turkey’s decision during the talks with Macron, although he said that he was still “looking at” imposing sanctions on Turkey over the deal.

Secretary-General Jens Stoltenberg announced on Tuesday that NATO leaders would discuss the rise of China for the first time in the alliance’s history.

Countering China’s growing might, both economic and military, has been a specific matter of concern for the United States so far, but Stoltenberg said prior to the summit that the alliance should develop a “common approach” to China.

It could mark a significant priority shift for an organisation focused on European and North Atlantic security, but Stoltenberg was quick to downplay concerns over a potentially spiralling military rivalry: “We have work going on in NATO to… develop a common approach to China. Not to create a new adversary, but just to analyse, understand and then respond in a balanced way to the challenges China poses.”

The joint declaration that wrapped up the summit stated: “We recognise that China’s growing influence and international policies present both opportunities and challenges that we need to address together as an Alliance.”

The US president has hinted that he might drop his push against Nord Stream 2, Russia’s undersea pipeline project for Europe which has mostly been completed.

When asked if the US would impose sanctions on the project – a threat that has long been floated by US lawmakers – Trump answered: “Well, we haven't really determined that yet. I do think it’s a problem. But it’s a problem that Germany's going to have to work out for themselves.”

The United States and several European opponents of Nord Stream 2 project argue that the pipeline, designed to stretch across the Baltic Sea and bypass Ukraine, would tighten Russia’s grip on European energy sector and would give Moscow leverage against Ukraine. Instead, the US has been promoting its liquefied natural gas to European customers.

Germany has vehemently opposed any sanctions against Nord Stream 2, saying it is important to its energy security. Russia, for its part, maintains that it is a purely commercial project and that Ukraine won’t lose its role as a transit country.

The Western leaders, apparently caught on a hot mic, were filmed talking candidly about Donald Trump’s lengthy appearances before the media.

In the footage, Johnson can be heard asking Macron why he was late to the reception, to which Trudeau replied, “he was late because takes a 40-minute press conference off the top.” That appeared to be a reference to Donald Trump’s unscheduled Q&D session with reporters earlier on Tuesday.

The Canadian Prime Minister added: “You just watched his [Trump’s] team’s jaws drop to the floor.”

Trump responded by calling Trudeau “two-faced”, before adding, “I find him to be a very nice guy but the truth is I called him out on the fact that he’s not paying 2 percent and I guess he’s not very happy about it.”

*Daesh, aka ISIS/IS/Islamic State, is a terror group outlawed by Russia, the United States and many other nations.