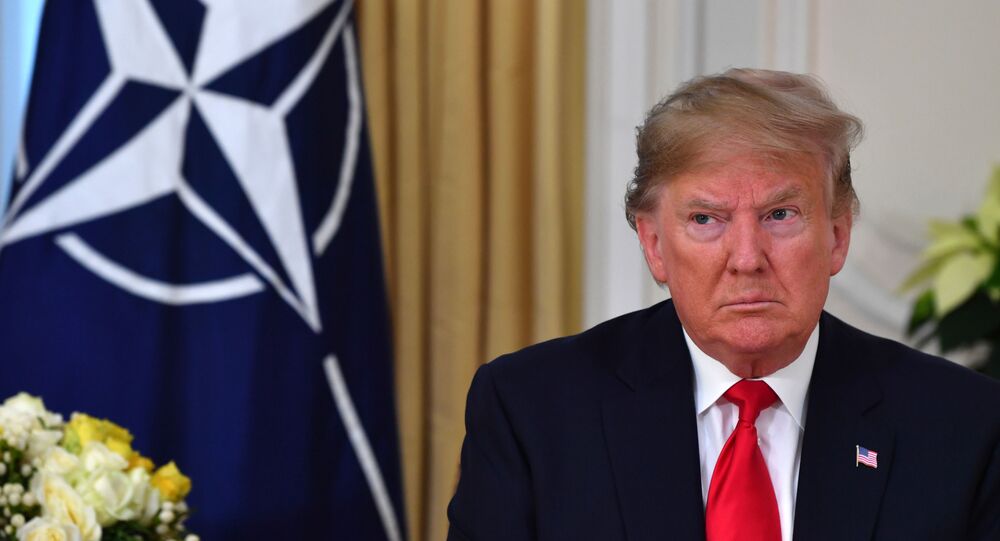 Donald Trump has arrived in London for a two-day NATO summit which marks the 70th anniversary of the alliance. Previously, he has repeatedly criticised what he calls the lack of equal 'burden-sharing' by NATO's European members.

US President Donald Trump has launched a scathing attack on France as he arrived for a NATO summit in the UK.

"The one that benefits [from NATO] the least is the United States," Trump added.

He also said that he sees France breaking off from the alliance.

"I have a good relationship with Macron but sometimes he says things he should not," Trump said.

According to Trump, what hinders effective cooperation between NATO members is the lack of adequate 'burden-sharing' by European partners in the alliance. The US has repeatedly criticised France and Germany for not spending enough on NATO's defence.

On Monday, US news portal Axios reported, citing an official, that Trump was not pleased with the French president's remarks on NATO, adding that he "has been down on Macron for a long while".

Donald Trump also commented on the recent decision by France to tax US tech giants:

"I will not let them take advantage of American companies, if they are going to be taxed, it will be by the US."

Earlier, the Trump administration threatened to impose taxes on $2.4 billion worth of French goods in retaliation for the country's digital services tax. Paris says that the digital tax is meant to prevent tech companies from evading taxes. France argues that taxes should be based on digital activity and not just depend on the location of the companies' headquarters.

About 30 companies are expected to pay the French digital tax, most of them are US firms such as Apple, Facebook, Amazon, Alphabet and Microsoft.