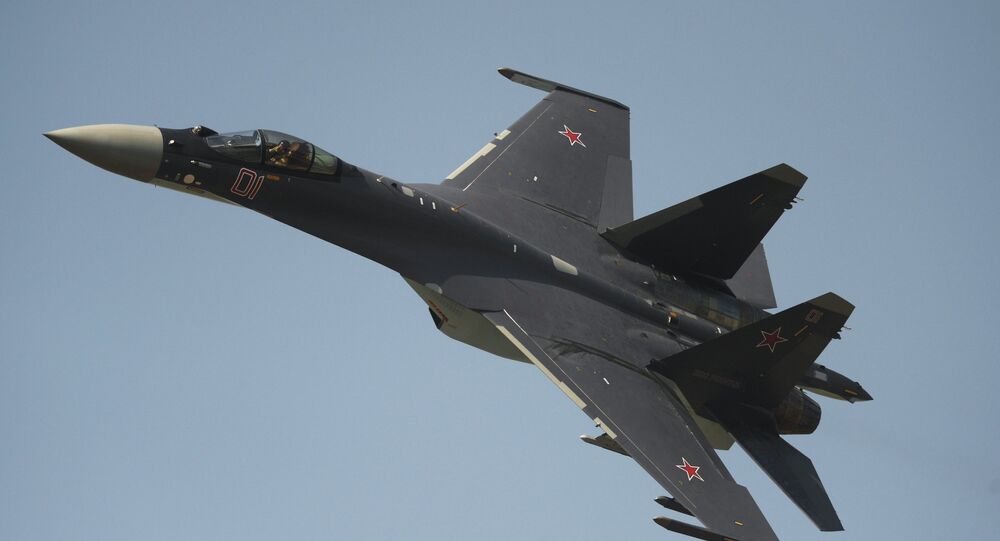 Moscow has denounced the US threats to slap Egypt with sanctions for buying Russian Su-35s as "aggression".

According to the Russian Foreign Ministry, Washington forces the countries to buy its weapons by threatening them.

"We paid attention to the direct threats of US officials to impose sanctions against Egypt for considering the possibility of acquiring Russian Su-35 fighters. This is very aggressive behaviour", Russian Foreign Ministry spokeswoman Maria Zakharova told reporters at a briefing.

The statement comes after Washington reportedly threatened Egypt's President Abdel Fatah el-Sisi that it could impose sanctions if he goes ahead with the Su-35 Flanker-E next generation fighter deal with Moscow. Under Sisi, Russia has become a major source of weapons for Egypt.

In spring, the Russian Kommersant newspaper reported that Russia and Egypt had signed a contract for the delivery of Su-35 fighters to Cairo. According to the newspaper's sources, the relevant agreement, which includes the shipment of over 20 aircraft and weapons worth some $2 billion, came into force at the end of 2018. The first shipments could be made as early as 2020 or 2021.

A similar situation is underway in Turkey, which has tense relations with the US due to potentially purchasing Russian jets. Turkey is reportedly considering buying Russian Su-35 fighter jets despite the possible impact of such a purchase on relations with the United States. Turkish President Recep Tayyip Erdogan in early September attended the MAKS-2019 air show outside Moscow together with Russian President Vladimir Putin.

Erdogan expressed interest in Su-35 and Su-57 fighters, and the topic also emerged during his conversation with the Russian head of state. Erdogan has reportedly said that Turkey and Russia have discussed Su-35 deliveries.

The United States has repeatedly objected to its NATO ally purchasing Russian-made defence systems, saying that, for example, the S-400 is incompatible with the alliance’s security standards and might compromise the operation of F-35 jets.