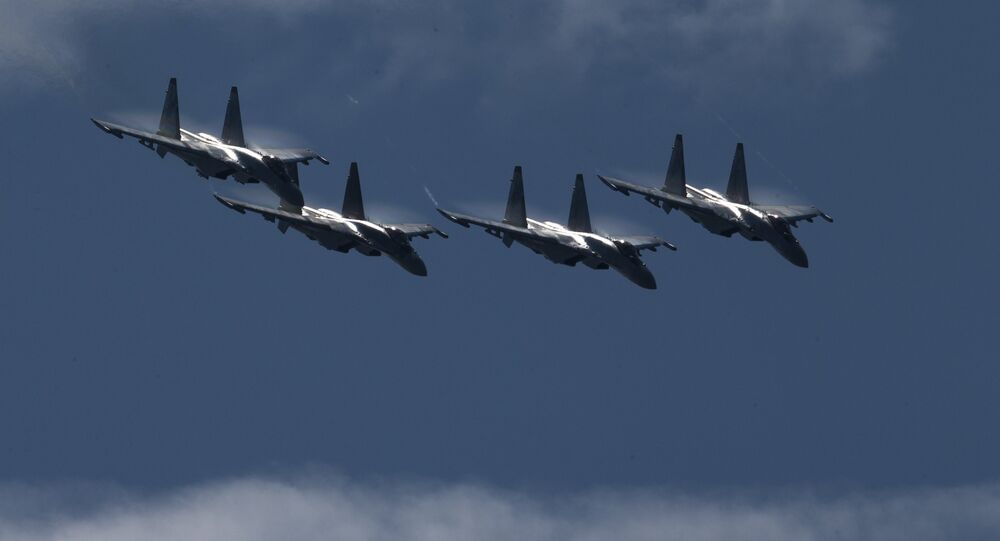 The US government has already threatened President Abdel Fatah el-Sisi that the United States could impose sanctions if he goes ahead with purchasing more than 20 Su-35 Flanker-E next-generation fighters from Moscow, the Wall Street Journal reported on Thursday.

The Trump administration is unlikely to accompany its pressure on Egypt not to buy Russia's fifth-generation Sukhoi- Su-35 with the offer of a comparably advanced aircraft to replace it, former CIA officer Philip Giraldi believes.

"They would be likely to offer an upgraded F-16 package as the F-35 might be seen as both too expensive and too capable vis-a-vis Israel", Giraldi, a former US Army Intelligence officer, and member of Veteran Intelligence Professionals for Sanity (VIPS), said on Friday.

The United States gives Egypt $1.3 billion in military aid every year and has sent even larger sums to Israel for almost 40 years.

However, Giraldi dismissed the reported sanctions threat as just a bluff.

"I don't see the assistance package being blocked no matter what - as it is primarily designed to keep Egypt friendly with Israel and has little or nothing to do with national defence", he said.

US aid had kept the Egyptian air force from being able to pose any challenge to Israeli air superiority in the region, Giraldi pointed out.

"The only potential adversary that can threaten Egypt in a serious way is Israel and, at the present time, the Egyptian air force is not able to confront it. Many of its combat aircraft are more than 50 years old, which is why it wants the cost effective and multi role Sukhoi", he concluded.

Under Sisi's rule, Russia has become a major source of weapons for Egypt and Moscow expects to start dispatching the S-35s to Cairo starting next year.