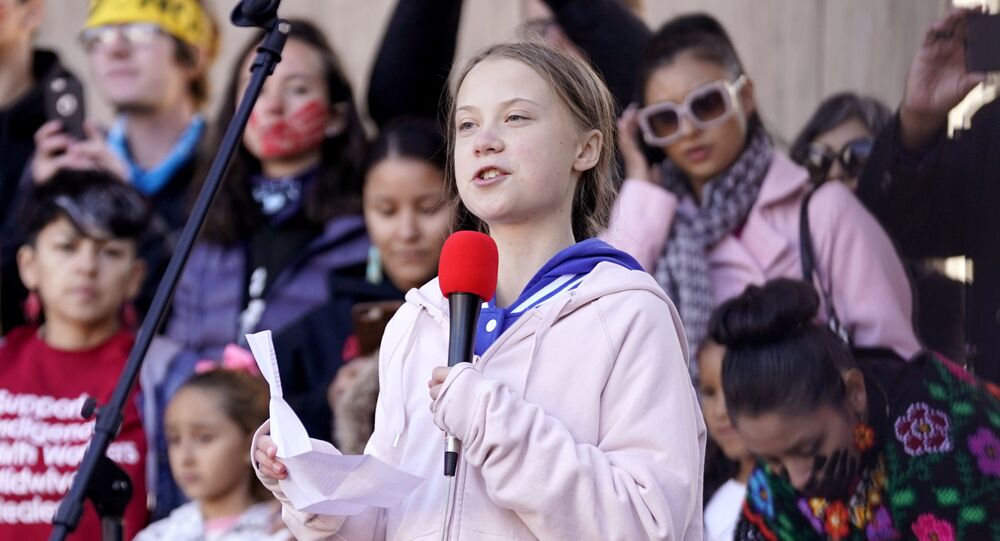 The graffiti artwork was repeatedly painted over during the weekend, as Alberta residents say the climate activist does not offer working solutions in her climate speeches.

A Canadian mural depicting Greta Thunberg was defaced repeatedly over the weekend by those protesting the anti-fossil fuel narrative promoted by the teenage climate activist.

Initially, the mural was spray-painted over with a protest message on Friday.

“Stop the lies!! This is oil country!!!” the graffiti read, according to reports.

A CBC journalist, who claimed to have just happened to be at the scene at the time of the incident interviewed the protester, who disclosed that his late father was an oil worker and that he would be “disgusted” to see the mural depicting Thunberg.

"This is Alberta," the graffiti artist said. "This is oil country. My father has worked in the oil industry. We don't need foreigners coming in and telling us how to run our business, support our families, put food on our tables."

The spray painter, who identified himself as James Bagnell, suggested that Thunberg should begin with her home country before embarking on a world tour.

"I think it's absolutely intolerant of them to tell us how to change our lives and our people," Bagnell added. "She should go back to her country and try to make her country better."

​Later that weekend, another person again spray-painted the mural, blackening out Thunberg’s eyes.

“Agent provocateur,” the new painting reads, “Out of Canada!”

On Friday, Thunberg gave a speech in Alberta, which was met with counter-protests, as people blamed the climate activist for not proposing real-world solutions.

"We care for the environment, of course we do. What they need to understand is that we're hurting and we also need to care about Alberta jobs,” one protester said, according to Newsweek.“Albertans and Canadians are practical people. They like real world solutions. Calling for the end of the modern industrial economy, advocating to put millions of people out of work is not a real-world solution.”

Bagnell stated that Thunberg should offer solutions or “shut up,” according to the report.

The artist behind the original mural, AJA Louden, said he was not upset because of the spray-painting action, saying the artwork was made on a “free wall,” and anyone can paint whatever they want.

"Nothing lasts forever," Louden told CBC. "One of my favorite things about that wall is that anyone is allowed to express themselves there, so I'm not upset at all.

He suggested that people who are “upset” by the painting being damaged should “paint back over it.”

"I haven't seen what went over it, but if anyone is upset about what was painted over the portrait, they can just paint back over it, it's not a big deal at all,” he said.

Greta Thunberg initially came into the spotlight after her standing protest on the steps of the Swedish parliament in Stockholm in 2018. This year, she became a world famous after delivering a strikingly aggressive speech on climate change before world leaders at the UN General Assembly.