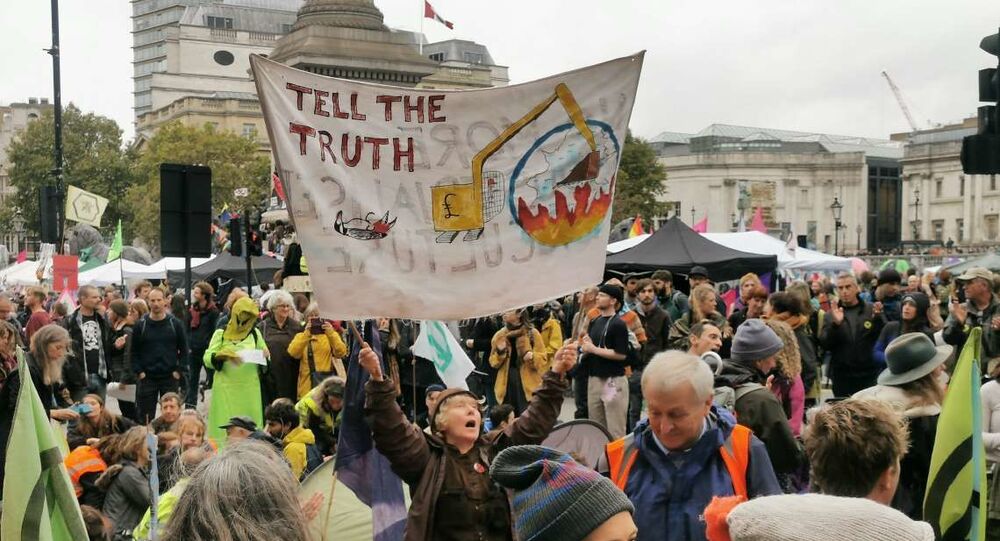 Although the global climate protests inspired by Swedish teenager Greta Thunberg have earned support from some politicians, others seem to be more sceptical about the girl, whom some perceive to be an eco-version of Joan of Arc. The prime minister of the German state Saxony, Michael Kretschmer, has taken a stance against eco-moralism in Germany.

Saxony’s head of government, Michael Kretschmer from Angela Merkel’s Christian Democratic Union party, has slammed the ado around Greta Thunberg in an interview with Frankfurter Allgemeine Zeitung. Speaking about young people’s Friday for Future rallies, he noted that he finds it to be very worthy of criticism how this young woman is treated by the public and the media.

“It does not do her good or do her cause good. There is a great rejection of their moral finger-pointing and this hysteria among people. But you cannot blame Greta Thunberg for being 16 years old”, he said.

Asked about her passionate address at the United Nations Climate Summit and its extensive coverage, he noted that the question is who brought a 16-year-old teenager from Sweden there.

“You have to critically question that. We need a social consensus and a certain calmness and objectivity in questions of climate protection. This is not how it happens”, he said.

However, Kretschmer has said that although he has not taken part in the Friday climate demonstrations, he did invite Saxon students to a climate protection conference to discuss the matter with experts. As a result, they outlined the scope of the work now implemented by the state government, including a plan to switch the government’s power consumption to green electricity and refrain from using plastic packaging.

He voiced his respect for their choice to advocate a good cause, but he refused to give the students a green light for their activism during school hours, saying he thinks that one can also demonstrate on Saturdays.

At the same time, he criticised Germany’s controversial climate package, saying that it has not been designed in accordance with market principles.

“The big mistake of German energy policy has been this micro-management for ten years. It includes regulating the smallest things, so that the state is overwhelmed. Examples are combined heat and power or biogas plants. They were promoted to achieve competitiveness. Now we increase the price of oil and electricity. Nobody knows how the gas will continue. It is not a responsible policy that no one can plan”, he said.

‘We Don’t Need Her Yelling’: Angry Canadian Pro-Oil Advocates to Turn Up at Greta Thunberg Rally