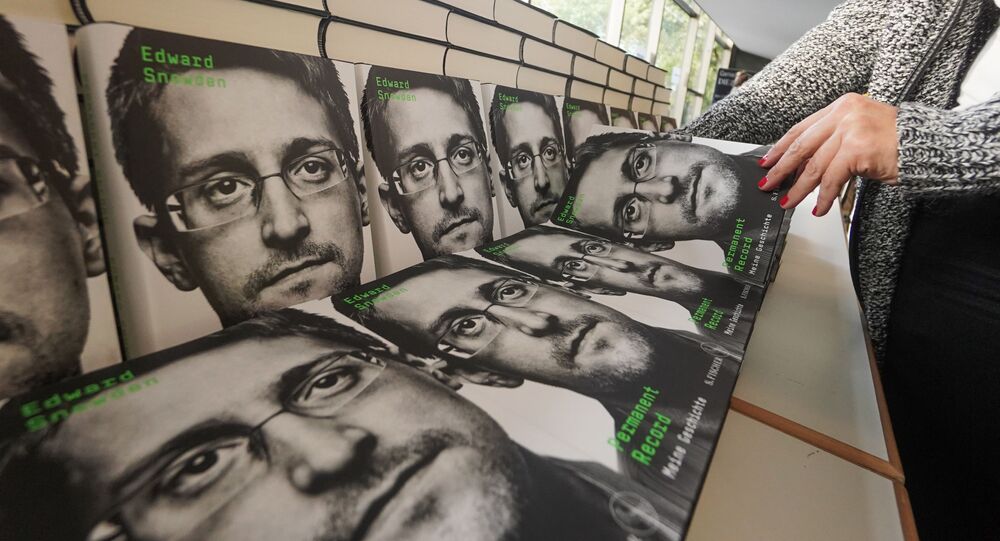 Former National Security Agency (NSA) contractor Edward Snowden has been in self-imposed exile in Russia since 2013, when he leaked a trove of top-secret information from the NSA regarding global surveillance programs conducted by Washington, in a move that has sparked widespread concerns over personal privacy.

In his op-ed for The Guardian, US whistleblower Edward Snowden specifically focused on the repercussions of alleged plans by the US, Britain and Australia to make Facebook create a backdoor into the social network’s encrypted messaging apps that he warned may allow governments to obtain “unlimited” access to private communications.

The article, titled “Without encryption, we will lose all privacy. This is our new battleground,” was published on Tuesday.

Referring to what he described as the ongoing “greatest computer security crisis in history”, Snowden berated Washington, London and Canberra for attempting “to undermine the only method that currently exists for reliably protecting the world’s information: encryption”.

“Should they succeed in their quest to undermine encryption, our public infrastructure and private lives will be rendered permanently unsafe”, Snowden claimed, describing encryption as a “method of protecting information” and “the primary way to keep digital communications safe.”

He recalled that “every email you write, every keyword you type into a search box – every embarrassing thing you do online – is transmitted across an increasingly hostile internet.”

Snowden warned that if internet traffic is not encrypted, “any government, company, or criminal that happens to notice it can – and, in fact, does – steal a copy of it, secretly recording your information for ever.”

Citing dissidents and whistleblowers, he argued that encryption helps people from various walks of life do their work better – “not just in the world’s most dangerous and repressive countries, but in every single country.”

Snowden praised a move by Facebook, Google and Apple to make “encryption-by-default a central part of their products” which he said resulted in the situation when “today close to 80% of web traffic is encrypted.”

He accused US President Donald Trump’s attorney general, William Barr of trying to “halt – or even roll back – the progress of the last six years.” Snowden specifically referred to Barr’s attempts to prevent Facebook from incorporating the E2EE end-to-end encryption into its messaging apps – Facebook Messenger and Instagram, in addition to WhatsApp which is already using such an encryption.

“If Barr’s campaign is successful, the communications of billions will remain frozen in a state of permanent insecurity: users will be vulnerable by design,” Snowden claimed.

In this vein, the whistleblower blamed the US government for crying foul when “a company as potentially dangerous as Facebook appears to be at least publicly willing to implement technology that makes users safer by limiting its own power.”

Snowden concluded by insisting that the true explanation for the US’ drive as well that of the UK and Australia to scrap end-to-end encryption is “less about public safety than it is about power.”

“E2EE gives control to individuals and the devices they use to send, receive and encrypt communications, not to the companies and carriers that route them. This, then, would require government surveillance to become more targeted and methodical, rather than indiscriminate and universal,” he claimed.

In an open letter to Facebook CEO Mark Zuckerberg released in early October, Barr along with UK Home Secretary Priti Patel and Australian Minister for Home Affairs Peter Dutton, urged the company not to “proceed with its plan to implement end-to-end encryption across its messaging services without ensuring that there is no reduction to user safety and without including a means for lawful access to the content of communications to protect our citizens.”

Snowden, a former US National Security Agency (NSA) contractor who exposed a number of the NSA’s global surveillance programmes by leaking classified material, in turn recently revealed that he would like to return home, but only if Washington would guarantee him a fair trial.  He has been in self-imposed exile in Russia since 2013, where he moved after making public highly classified information from the NSA.