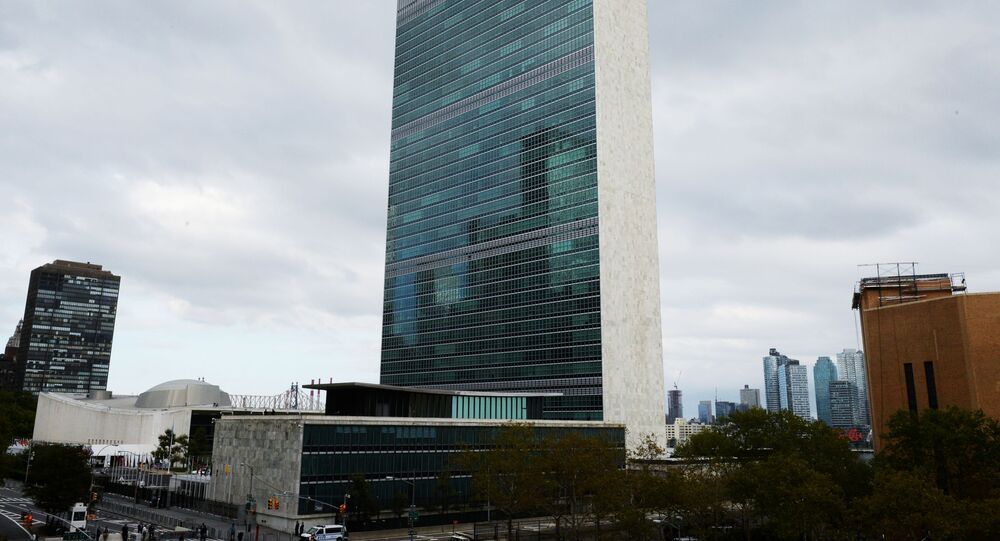 For the next several days, UN Headquarters will be filled with speeches and discussions on how to make the world a better place. Here’s a brief guide on what to expect and what not to expect from the mega-gathering.

World leaders will meet up in New York for the United Nations General Assembly this week to talk politics and more. Much like last year, the summit will give them the opportunity to fix – or display once again, in the worst case – their strained and in some cases, nearly non-existent relations.

Why is the General Assembly Important?

The General Assembly – or UNGA, as it is often abbreviated – is the world’s parliament and the highest-profile place for international debate. It is the main policy-making body of the United Nations, representing all of its 193 member states.

UNGA’s decisions have no legally binding force for governments but carry the weight and moral authority of the international community.

The 74th session of the assembly opened on 17 September, and its most significant event is the general debate.

Despite its name, it is not so much about debating. The general debate sees presidents, prime ministers and kings discuss global issues and outline their policies and proposals. It will kick off on Tuesday.

Is the General Debate the Only Highlight?

This week will see numerous meetings on the sidelines of the General Assembly – and who gets to meet whom is a big deal – as well as meetings on climate, universal health coverage, sustainable development, the elimination of nuclear weapons, and small island developing countries.

To discuss and address the impacts of global warming and other environmental issues, the UN will hold a climate action summit on Monday. Around 60 heads of state plan to speak there; Swedish teen eco-activist Greta Thunberg, who inspired global protests numbering in the hundreds of thousands last week, will also be in attendance.

Donald Trump is poised to snub the summit and instead chair his own meeting on religious freedom in the same building. The US president has so far shown quite little interest in addressing the climate crisis and withdrew his country from the 2015 Paris climate accord.

Who is to Speak at the General Debate?

Each member state is given 15 minutes to speak, although they can go beyond that limit. The series of speeches takes days to complete, and most of the focus is on the first days of the summit, when the biggest players step up to the podium.

According to a long-standing tradition, Brazil will speak first. It will be followed by the US, the host country. Turkish President Tayyip Erdogan will also speak on the first day, followed by South Korean President Moon Jae-in, Mexican President Andres Manuel Lopez Obrador, and French President Emmanuel Macron. Other speakers later that day include the leaders of Jordan, Morocco, Algeria and the UK.

Russia is scheduled to speak on Friday, along with China.

Tijjani Muhammad-Bande, a Nigerian academic and diplomat, will preside over the 74th session. He will hold the position for a year, and has decided the theme of this session: “Galvanising multilateral efforts for poverty eradication, quality education, climate action and inclusion.”

Who Will Skip the UNGA?

This year will be marked by several significant no-shows: Vladimir Putin and Xi Jinping, the respective presidents of Russia and China, are not expected. Nor is the embattled Israeli Prime Minister Benjamin Netanyahu, who is grappling with the political stalemate following an inconclusive general election.

Venezuelan President Nicolas Maduro is also very unlikely to come, since the United States and a spate of Western and Latin American nations have endorsed his rival, self-proclaimed president Juan Guaido. Although the United Nations has not officially recognised Guaido, he is reportedly considering attending the debate; however, the UN secretary-general has ruled out meeting with him.

What to Look for This Week?

Three years of Donald Trump’s ‘America First’ policy have stirred much controversy on the global stage, and the United States has been involved in several crises.

One of the biggest ones is the standoff with Iran, and a big question is whether Trump will meet with Iranian President Rouhani. There has been word of such a possibility, but the recent attacks on Saudi oil facilities have rendered Trump-Rouhani talks highly unlikely. Both Washington and Riyadh blame the attack on Tehran, although Yemen’s Houthi rebels claimed responsibility and Tehran has denied any role. It emerged over the weekend that the United States had refused to issue visas to several members of the Iranian delegation.

Either Trump or his allies in the Gulf are likely to urge world leaders help them build a coalition against Iran, as the United States is going to deploy military forces to the Middle East after the latest drone attacks. Iran’s president Hassan Rouhani will, in response, unveil a regional cooperation plan called 'Coalition of Hope'; he has made it clear that the proposal will exclude the US, which will likely make it unacceptable for America’s regional allies and Iran’s rivals such as Saudi Arabia and the UAE.

Trump is also set to meet with Ukraine’s new president, Volodymyr Zelensky. The POTUS is facing accusations of pressing Zelensky to investigate the son of his potential 2020 election rival, Joe Biden, under the guise of a crackdown on corruption. Biden has accused Trump of abusing his presidential power to “smear” him, while the latter maintained his conversation with Zelensky was innocent.

A centrepiece of this week’s schedule will likely be the Korean Peninsula. Trump-Kim nuclear talks have stalled, while neither the US nor the United Nations seems to be planning on lifting or easing sanctions targeting Northern Korea. At the same time, Japan and South Korea, two neighbouring nations who both have concerns over the North, are not expected to meet. South Korea has recently scrapped intelligence ties with Japan as part of a broader spat over trade and wartime history.

The summit’s agenda will also feature the geopolitical friction between the United States and China, which revolves around the year-long trade and tariff battle and mutual accusations of meddling in internal affairs. The political crisis in Venezuela is also set to be discussed.

According to Russia’s envoy to the UN, Vasily Nebenzya, Moscow will be working on “multilateral approaches” at the General Assembly, with its own initiatives, including cybersecurity and the non-deployment of weapons in space.