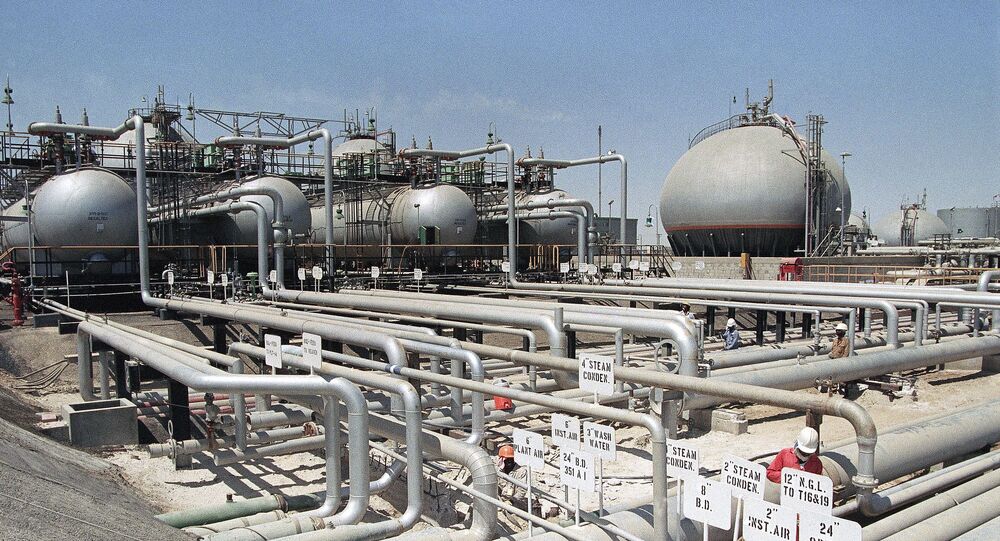 Saudi Aramco's oil refinery was severely crippled in an attack on 14 September, which has been claimed by Yemen’s Houthi movement. Despite this, the US has claimed it has evidence that it was in fact Iran that was behind the incident, something which the country has vehemently denied.

Russian President Vladimir Putin has during talks with Saudi Crown Prince Mohammad bin Salman called for an unbiased investigation to be carried out into the recent attack on Saudi oil facilities on 14 September, the president's press service reported.

"The issue of the attack on Saudi oil refineries has been discussed [during talks]. Vladimir Putin expressed his concern with regard to the situation and has called for conducting a thorough and unbiased investigation of the incident", the statement said.

The 14 September drone attack on Saudi Arabia’s largest crude processing facility, owned by the state Saudi Aramco oil company, crippled the country's oil output for days, causing global oil prices to spike. Responsibility for the attack was claimed by Houthi militants, who have been fighting against the Saudi-led military coalition in Yemen for four years.

However, following the incident the US asserted that it has evidence that Iran was behind the attack, something which Tehran has denied, calling the accusations "unacceptable and entirely baseless". Commenting on the allegations, US President Donald Trump said that the country is "locked and loaded" to give a response to the attack once Riyadh determines the "culprit" behind it.

According to NBC News, citing an anonymous source, the US president was offered a range of options to hit Iranian oil facilities in retaliation for the alleged attack on Saudi Aramco, which could include direct strikes and cyber-operations. But according to another report by Politico, Trump is unwilling to engage in a new foreign military conflict in order to remain in line with his election promises. The White House hasn't commented on the reports.

In the wake of the attack and US accusations, the Kremlin has expressed concern over recent developments in the region. Moscow has urged the parties involved to avoid rushing to conclusions that could contribute to a destabilisation of the situation in the Middle East. Russia also suggested that Riyadh boost its defensive capabilities by buying S-300 or S-400 air defence systems.

Zarif on US Blaming Iran for Saudi Aramco Attack: Washington Should Look at Realities in Region