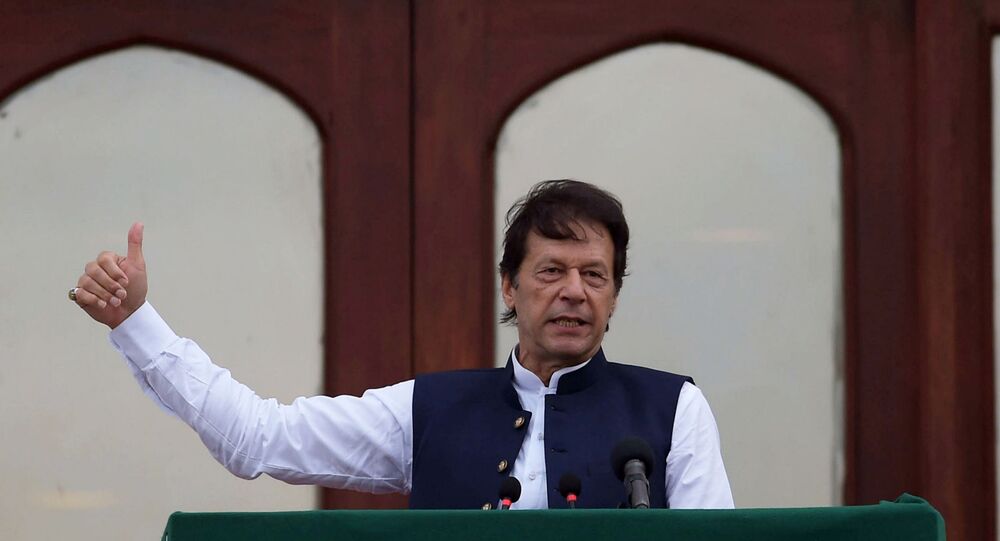 Early in September Pakistan's Prime Minister Imran Khan pledged that his country would not initiate any military conflict with India, while warning of the risk to the world of nuclear war breaking out between the South Asian neighbours as tensions spiraled over the disputed region of Kashmir.

Pakistani Prime Minister Imran Khan has warned of “consequences” if his nuclear-armed country were to end up losing a conventional war to its similarly nuclear-armed neighbour India.

Pakistan's prime minister discussed his government's foreign and domestic policies in an interview with Al Jazeera on 14 September.

When asked if Pakistan would hit India with nuclear weapons in case of a large-scale conflict, Khan first ruled out his country initiating the attack.

“Pakistan would never start a war, and I am clear: I am a pacifist. I am anti-war,” he said.

However, Khan added that when two nuclear-armed states “fight a conventional war, there is every possibility that it is going to end up in a nuclear war.”

“If say Pakistan, God forbid, we are fighting a conventional war, we are losing, and if a country is stuck between the choice: either you surrender or you fight ‘til death for your freedom – I know Pakistanis will fight to death for their freedom,” said Pakistan’s PM.

Khan has repeatedly warned in recent weeks that foreign powers, along with the UN, need to intervene in the standoff between India and Pakistan over disputed Kashmir.

"So that's why we have approached the United Nations, we are approaching every international forum, that they must act right now because this is a potential disaster that would go way beyond the Indian subcontinent," said Khan.

Earlier in September, appearing at the International Sikh Convention in the eastern Pakistani city of Lahore, Khan vowed not to use nuclear weapons first against India.

His spokesperson subsequently insisted the words were “taken out of context,” and there is “no change” in Pakistan’s nuclear stance which reportedly does not rule out a first strike against overwhelming conventional force.

India and Pakistan have fought three major conventional wars since the mid-1940s, along with several smaller border skirmishes.

A majority of the clashes centred around the Kashmir region, where cross-border shelling frequently takes place along the Line of Control.

The neighbours teetered on the verge of a full-blown war in February, after New Delhi dispatched warplanes into Pakistan in the wake of a suicide attack on its security forces in Indian-administered Kashmir to bomb what it claimed were camps of Islamist insurgent group Jaish-e-Mohammed (JeM).

Islamabad, in turn, accused India of violating its sovereignty.

The countries’ relations hit another low last month, after India decide to revoke the self-governing status of the part of Kashmir it controls, with new Delhi claiming it was seeking to curb terrorism.

Pakistan lambasted the move as contravening international law and only serving to stoke violence in the region.