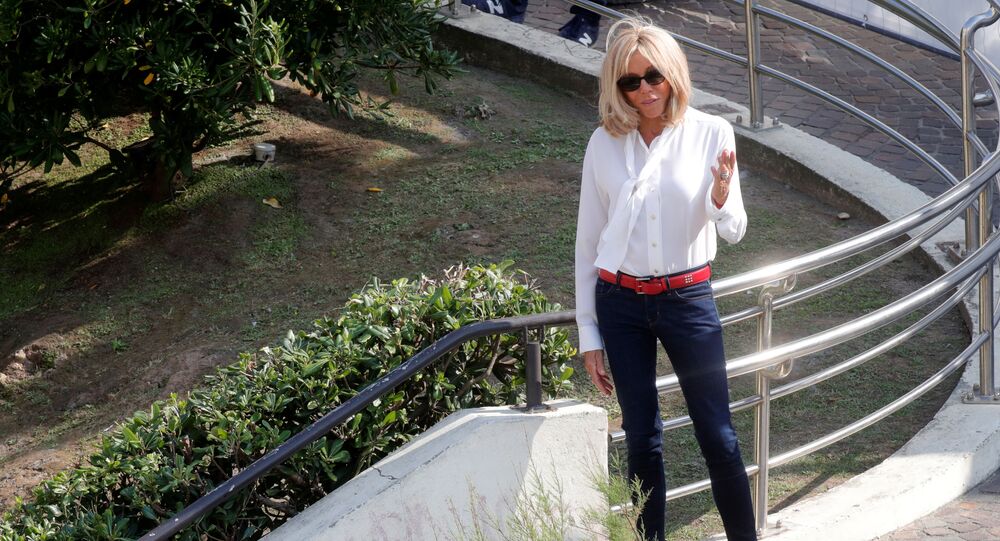 Brazil’s space research agency has reported an alarming increase in Amazon fires, which environmental groups believe were set by farmers clearing land to make way for pasture. Facing pressure both overseas and abroad, Bolsonaro has banned the use of fire to clear land and sent in troops to combat the blazes.

The French first lady, Brigitte Macron, has spoken out against people making a mockery of women’s age and appearance after “disrespectful” comments by Brazil’s president on Facebook escalated a diplomatic feud between the two states.

“Times are changing. There are those who are on the train of change, women are there with you, like you, you’ve almost all understood, gentlemen,” Brigitte Macron said on Thursday at the inauguration of a newly refurbished history museum in Agincourt, as quoted by The Telegraph.

She added: “Not everyone, some are still on the platform and I’m sure they will soon get on the train.”

“It’s not just for me, it’s for all women … Things are changing and everyone must realise it.”

Although Mrs. Macron did not mention names, she appeared to target Brazilian President Jair Bolsonaro, who recently endorsed a comment on social media implying that his French counterpart, Emmanuel Macron, was jealous of him.

The comment in question included an unflattering collage of the two presidents with their respective wives. Brigitte Macron, 66, is 25 years older than her husband and 29 years older than Brazil’s first lady, Michelle Bolsonaro.

The caption read, “Now you understand why Macron is persecuting Bolsonaro?” to which Jair Bolsonaro replied, “Do not humiliate the man hahaha.”

“What can I tell you? It's sad. It's sad first of all for him and for Brazilians,” he told reporters.

This personal spat became another development in a broader clash between the two countries, which broke out over the Amazon forest fires.

Thousands of fires in the world’s largest rainforest – mostly occurring in Brazil – have caused global panic, with Macron pledging an $22-million emergency aid package to help combat the crisis.

But Bolsonaro in response accused the G7 leaders of treating his nation as a “colony or no-man’s land” and rejected the funds. However, he reportedly accepted a separate $12 million in aid from Britain.

Brazil’s president, who recently opened the vast, resource-rich Amazon rainforest to industrial farming and mining, has been accused by climate change campaigners of emboldening loggers and farmers to clear wooded land with fires, causing an uptick in blazes.

He also faced international criticism for his perceived lack of action on the fires, with Germany freezing millions in aid for Amazon forest protection projects and several EU member states threatening to block the Mercosur trade deal, which involves Brazil.

The president has still mobilised troops to help extinguish the fires and issued a two-month ban on the setting of fires to clear land.