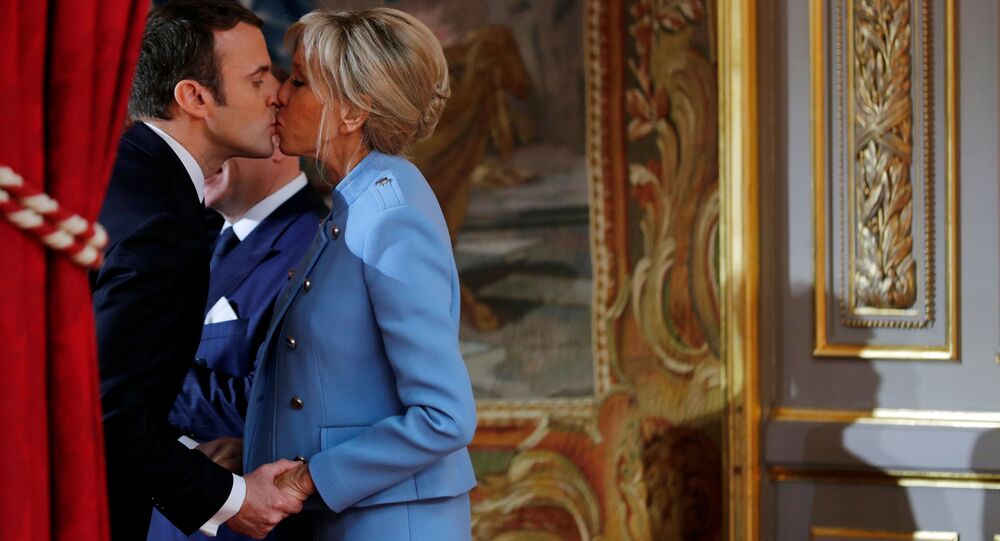 What began as a diplomatic row between the Brazilian and French presidents over climate policy and tackling the Amazon fire crisis got personal after Jair Bolsonaro allegedly reacted to a Facebook photo that mocked the Macrons, with the comment "Do not humiliate the man hahaha."

"It's sad, and it's sad first of all for him and Brazilians. Brazilian women are probably feeling ashamed of their president," Macron said at the G7 press conference when he was asked about his opinion of Bolsonaro's controversial Facebook comment on the meme featuring the two presidents and their better halves.

However, Macron did not stop at this, and hinted that Bolsonaro might not be suitable for the top post.

"Since I have a lot of esteem and respect for the people of Brazil, I hope they will very soon have a president who is up to the job," the French president stated.

The feud between the two presidents entered a new level after Bolsonaro's reaction to a Facebook comment on the rift between the two leaders went viral. The snap, circulating on social media suggests that the Brazilian president reacted to a meme that featured a photo of Emmanuel and his 66-year-old wife Brigitte, and a snapshot of Bolsonaro and his 37-year-old first lady Michelle, along with the tagline: "Now you understand why Macron is persecuting Bolsonaro?" He allegedly responded "Do not humiliate the man hahaha", which immediately prompted debates online.

​The Amazonia fires had heated the war of words between the two presidents before the G7 summit began in the French resort town of Biarritz on Saturday. Macron called fires in South America a serious international crisis and criticized his Brazilian counterpart for not following his obligations to combat climate change. He also accused him of lying about his commitment to fight the deforestation. Following the summit, it was announced that the Group of Seven would set up a $20 million fund to fight the fires and protect the rainforest. Bolsonaro hit back at Macron with a Tweet saying that the G7 agreement treats the region like a colony.

The fires in Amazonia have been going on for weeks. Their current area has already surpassed the territory affected by all fires in the region in 2018 by 82 per cent. According to the Brazilian National Institute for Space Research, there have been 1663 new fires registered in the country this Thursday and Friday alone, half of them in the Amazon basin.