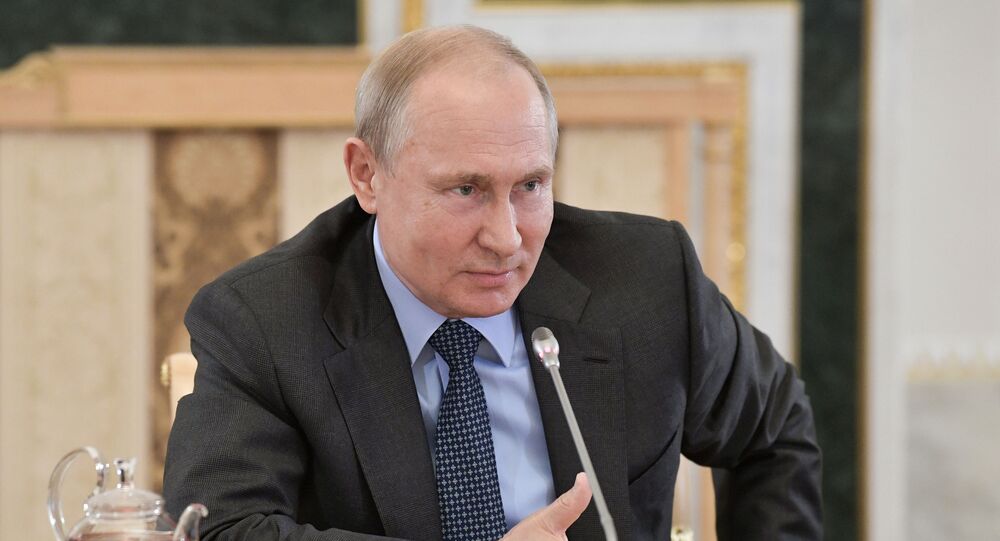 Earlier in the day, Bloomberg reported that US President Donald Trump was considering inviting Russian President Vladimir Putin as his guest to the next G7 summit in the US.

Kremlin spokesman Dmitry Peskov said Sunday that Russia will take into consideration a possible invitation of Vladimir Putin to the G7 summit in 2020.

"President Putin, at a press conference, has already answered [such a question]: if it comes, we will certainly consider it", Peskov said.

The comment comes as Donald Trump earlier told reporters that it was "possible" he would invite Putin to rejoin the summit next year.

At the same time, a source told AFP that G7 leaders backed strengthening cooperation with Russia, but added that it was too early to return the country in the bloc.

"The leaders of the G7 are in favour of reinforcing coordination with Russia (but)... it is too early for reintegration," the source said.

The day before, European Council President Donald Tusk said that the European Union categorically rejects Trump's initiative to invite Russia back into the G7, saying he would try to convince the bloc's other leaders that it would be better to invite Ukraine as a guest to the next G7 meeting instead.

On Tuesday, US President Donald Trump agreed to French President Emmanuel Macron's proposal to invite Russia to the 2020 G7 summit in the United States. Trump also said that Russia should return to what used to be the G8.

While some countries, like Japan, are open to the idea, others, like Canada, remain stridently opposed to it. Russian President Vladimir Putin said this week that his country saw any form of dialogue with G7 nations as useful.

The G8 format had been in place from 1998-2014 but was reduced to the G7 due to disagreements with Russia regarding the events in Crimea and Ukraine. The G7 has accused Moscow of interfering in Ukraine’s domestic affairs and introduced sanctions on Russia as a result.