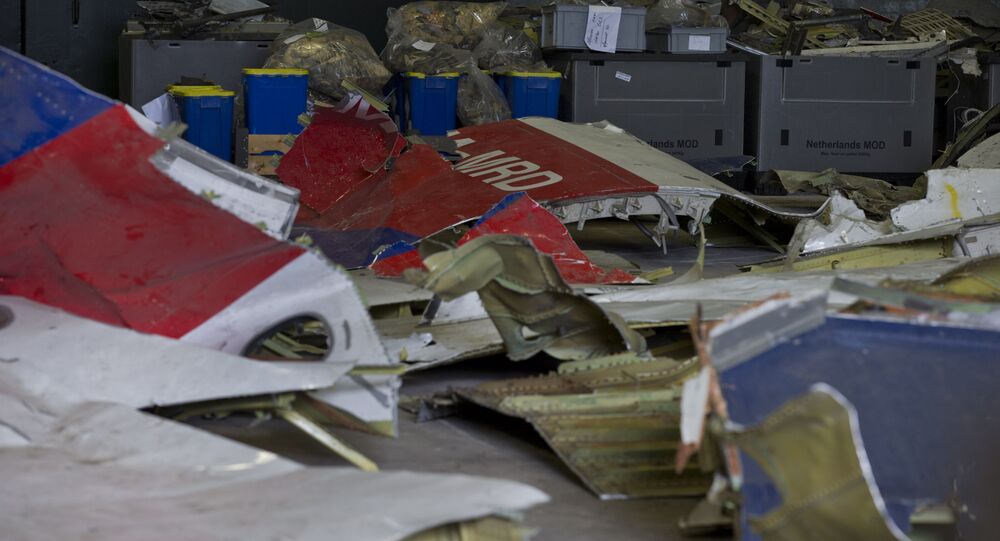 Earlier, German private detective Josef Resch offered to present his potentially ground-breaking findings, based on witness testimonies, and documents previously thought lost to the Dutch-led Joint Investigation Team (JIT) that probed the incident. However, the JIT turned down his proposal.

A group of non-governmental organisations (NGOs), comprised of the Perdana Global Peace Foundation, International Movement for a Just World (JUST), and Global Research, have called on the Dutch-led Joint Investigation Team (JIT) to cancel the trial on the downing of Malaysia Airlines Flight MH17 in eastern Ukraine, scheduled to take place in March 2020.

During a joint conference called "MH17: The Quest for Justice", the head of JUST, Chandra Muzaffar, stated that the JIT had failed to address several issues throughout the investigation and to consider facts that contradicted the narrative, which posits that the plane was downed by a Russian Buk missile, a theory that Muzaffar called a "lie".

"Many major issues have not been resolved. The urgent task now is to put a stop to the judicial process in March, which sees the beginning of the trial […]Let’s say we can discredit the judicial process, come up with alternatives, then I think more and more people will believe that the Buk missile theory has to be set aside", he said.

Muzaffar further argued that the ideas of the NGOs should be forwarded to Malaysian Prime Minister Mahathir Mohamad, who has already criticised JIT’s work in the past, calling its conclusions "politicised".

The NGO conference comes in the wake of continuing fruitless efforts by German private detective Josef Resch to deliver his findings regarding the incident to the JIT. Resch says he has the testimony of an undisclosed informant, audio recordings about local air traffic on the day that MH17 was downed, and other materials previously deemed lost. He demands, however, that his findings be made public once the JIT receives them, a condition that the investigative group has refused to accept, turning down Resch's offer.

Malaysia Airlines Flight MH17, with 298 people on board, including 193 Dutch citizens, was shot down on 17 July 2014 as it was flying over eastern Ukraine, which has been embroiled in a military conflict between the Ukrainian Army and the Donetsk People's Republic (DPR). Kiev delegated the investigation into the incident to the Netherlands, but before the probe even started, Western governments accused Russia over supplying the DPR with the weaponry that allegedly downed the plane. Moscow has denied being involved in the conflict in general, let alone supplying the separatists with arms.

The Dutch-led Joint Investigation Team, which doesn’t include Russia despite the latter’s willingness to provide valuable data regarding the incident - such as radar readings, released a report in 2018 claiming that the missile that shot down MH17 had been launched by DPR forces and that the Buk launcher was delivered from Russia. In 2019, the JIT accused three Russians and a Ukrainian of being responsible for the jet's crash, issuing international arrest warrants for them for a trial that is set to take place later in 2020.

Moscow rejected the JIT's conclusions, slamming the investigation as politically motivated and biased, going on to point out that the investigative team had based its accusations on unverified social media images and videos, as well as assertions made by the Ukrainian government. Russian President Vladimir Putin condemned the report for failing to address "a lot of questions" that remain unanswered and accused the JIT of simply "appointing perpetrators" instead of figuring out what actually happened on the day of the crash.