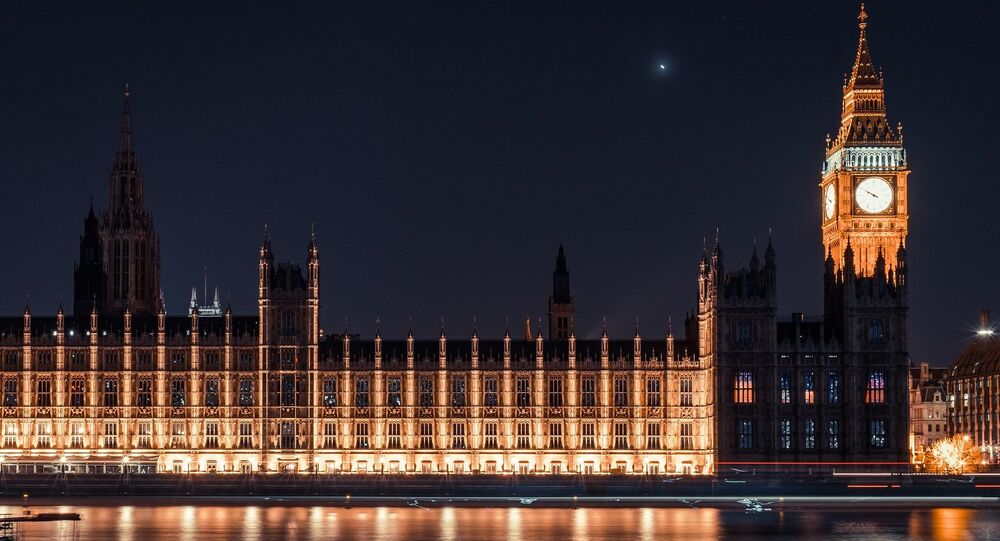 A man who triggered a huge police investigation in the UK after he alleged MPs and other prominent people had run a paedophile ring has been found guilty. Carl Beech, a 50-year-old former NHS manager, was convicted of 12 charges of perverting the course of justice and one of fraud.

Beech — who had previously been known only as "Nick" — had denied the charges throughout his trial at Newcastle Crown Court but on Monday, 22 July, he was found guilty by a jury.

Beech made up multiple false claims about sex crimes and murders carried out by powerful men at Dolphin Square in Westminster, which prompted Scotland Yard's £2.5 million Operation Midland probe.

Nick claimed he witnessed child abuse and murder in the 1970s and 80s and also falsely implicated the former head of MI5, Sir Michael Hanley.

BREAKING: Carl Beech, previously known as "Nick", who claimed to have been abused by a murderous VIP Westminster paedophile ring has been convicted at Newcastle Crown Court of 12 counts of perverting the course of justice and one of fraud.

​But in July 2018 he was charged by the Crown Prosecution Service, which accused him of lying about witnessing former Conservative MP Harvey Proctor murder a child, as well as two other killings of young boys.

In May 2018 Mr Procter sued the Metropolitan Police for £1 million over their handling of Beech's allegations against him.

© Photo : Crown Prosecution Service
Sketches Carl Beech did of the torture he claimed to have witnessed

Beech lied about being molested by members of the "paedophile ring" which included senior military figures, politicians and TV celebrities.

His allegations were taken extremely seriously by the Metropolitan Police.

READ How the CPS proved the case against serial liar Carl Beech, otherwise known as ‘Nick’, over his fabricated claims of a VIP child abuse ring
MORE: https://t.co/ZqdT83i5s5 pic.twitter.com/pQqerp1tgc

Beech claimed he had been abused from 1975 — when he was seven — to 1984 by a group of high-ranking paedophiles in London and the Home Counties, including some military bases.

Today’s conviction of perverted liar & fraudster #CarlBeech is a terrible warning of what can happen when the ‘you will be believed’ dogma contaminates our legal system. But Beech was not alone. He had many supporters & advocates. Others should face justice too. #IBelieveNick.👇🏻 pic.twitter.com/mH85gJ6Rla

​But he said the ring was centered on Dolphin Square in Pimlico, an apartment block popular with British parliamentarians.

Dolphin Square had been home over the years to former Prime Minister Harold Wilson, Christine Keeler and Mandy Rice-Davies, key players in the Profumo Affair; and Sir Oswald Mosley, founder of the British Union of Fascists.

​Beech told detectives the "partial names" of some of the alleged murder victims.

He was later referred for investigation by Northumbria Police after a report into Operation Midland and detectives then discovered Beech himself was a paedophile. In January this year he admitted possessing hundreds of indecent images of children and voyeurism.

Beech, from Gloucester, will be sentenced on Friday 26 July.

​The Metropolitan Police's Deputy Commissioner Sir Stephen House gave a statement following the conclusion of the trial, in which they said they were "grateful for the efforts of Northumbria Police in investigating and bringing this matter to court for consideration by a jury."

Sir Stephen said: "Following the conclusion of the Operation Midland investigation, Sir Bernard Hogan-Howe commissioned a thorough review by Sir Richard Henriques. Key points from Sir Richard’s highly critical review were published in November 2016. Sir Bernard also apologised in person to those most affected by the case. Sir Richard’s review also allowed us to learn so that we could improve our handling of similar allegations in the future. Many of his recommendations have already been embedded and we keep our working practices under review at all times."

He said the Independent Police Complaints Commission (IPCC) "found no evidence to indicate bad faith, malice or dishonesty" on the part of the five senior officers involved in Operation Midland.

Sir Stephen said: "It must be remembered also that the work of Operation Midland was carried out against a backdrop of intense scrutiny and allegations that in the past the Met had covered up sensitive allegations about prominent people."