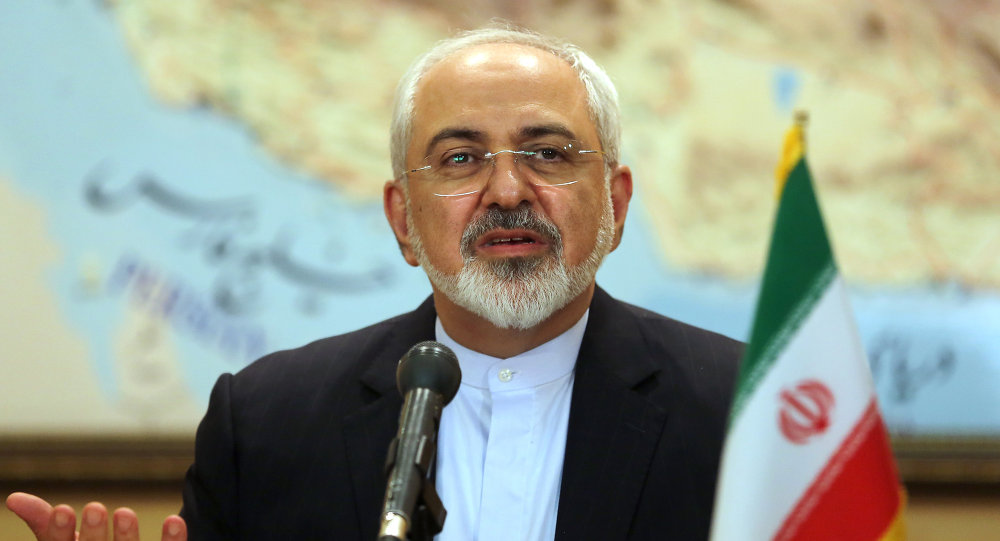 ‘US is Always Welcome for Negotiations’ - Iranian FM Zarif

Iran’s top diplomat provided insight into how the two nations might find a way out of the tense situation that Washington has driven them into. According to Zarif, Iran is willing to talk, if the US takes certain steps first.

"Once those sanctions are lifted, then ... the room for negotiation is wide open," says Zarif, who is currently on a visit to New York for a United Nations conference. "It is the United States that left the bargaining table. And they're always welcome to return.”

He underscored that Trump keeps talking about Tehran’s alleged nuclear aspirations, but observed that Iran abandoned its nuclear weapons program long ago.

"Had we been interested in developing nuclear weapons, we would have been able to do it long time ago," he said.

Commenting on the recent escalation of tensions between the two countries which many fear could lead to an all-out war, Zarif downplayed the possibility of an armed conflict.

"I do not believe that President Trump wants war. But I believe that people are around him who wouldn't mind," he said. "But I don't think they'll succeed because at the end of the day, I think prudence will prevail. People know that Iran is a big, proud country. And we will not take a military attack lightly."

Commenting on what he expects from potential future negotiations, Zarif said that one needs to  “find a win/win situation, like in any other negotiation.”

“Otherwise, you'll end up with a lose/lose situation,” he said.

In 2018, Trump abruptly abandoned the so-called Iran nuclear deal, criticizing the Obama-era treaty as potentially enabling Iran to obtain nuclear weapons once the deal term is over. In the year following, Washington gradually ramped up new sanctions against Iran, culminating in the relocation of a considerable amount of military force to the Persian Gulf region.

Tehran has repeatedly deflected accusations of any wrongdoing and has vowed to adhere to the deal. However, as European signatories to the treaty have failed to effectively shield Tehran from sanctions re-imposed by Trump, Tehran has gradually begun violating certain limits of the agreement, as allowed by a conflict settlement clause in the wording of the deal.