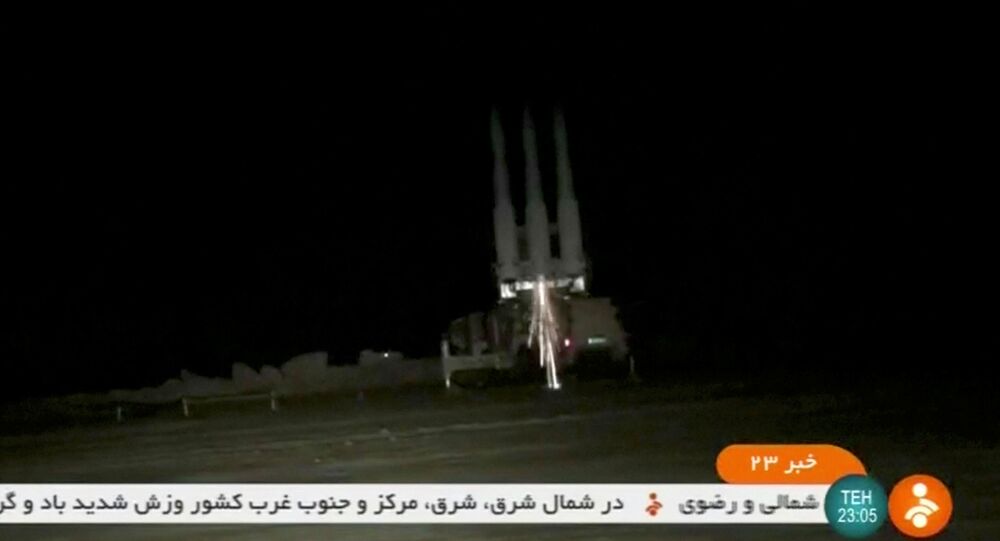 Earlier, amid explosive US-Iran tensions following last week's drone incident, President Trump bragged that he would not "need an exit strategy" and that the US could "obliterate" Iran if war broke out. Iranian Foreign Minister Mohammad Javad Zarif countered by warning that whoever starts a war "will not be the one ending it."

US Senate lawmakers are going to vote Friday to attempt to amend the National Defence Authorisation Act which would give them authority to block the president from taking military action against any country without explicit approval from Congress.

The amendment, supported by Democratic Senators Tim Kaine and Tom Udall as well as Republican Senator Rand Paul, would require 60 votes to pass, and Republicans are confident that their three-seat majority in the 100-member body will allow them to defeat the measure.

"A war with Iran would be a colossal mistake," Kaine said in a Thursday debate on the proposed amendment, referring back to the US Constitution and the founders' provision requiring Congressional approval of military actions abroad.

Currently, the president has the power to carry out military action against other countries using post-9/11 anti-terror legislation which critics suggest gives the Oval Office a "blank cheque" for military operations abroad. The authorisation has already been used to enable controversial US interventions in Afghanistan, Iraq, Libya, Syria, Yemen, Kenya, Ethiopia and a number of other countries.

"What this provision does is just say that if we're going to be in a war with Iran, and by example with any nation, Congress should have the guts and the backbone to come here and cast a vote before we order our troops into harm's way," Kaine said, explain the proposed amendment.

"After 18 years of two wars in the Middle East, both of which where we still have troops deployed, we should not be fomenting, encouraging, blundering toward, rushing into a third war in the Middle East," the lawmaker stressed, warning that a conflict with Iran would bog down the US military and "divert our attention" from the need to counter China.

The proposed amendment comes following fresh warnings by President Trump that he would use "overwhelming force" to "obliterate" Iran if it attacks "anything American".

Senate Majority Leader Mitch McConnell bashed the proposed amendment, saying these "radical new restrictions" are being proposed "at the very moment that Iran has been stepping up its aggression throughout the Middle East," and adding that "the president's hands would be tied" if it passed.

On Thursday, US Special Representative for Iran Brian Hook said Washington would continue its military buildup in the Middle East, adding that although the US has made clear that war with Iran was "not necessary," it would "respond with military force" if attacked. The US military, meanwhile, has confirmed that it is continuing its UAV flights in the region, as necessary.

Earlier, Iranian Foreign Minister Mohammad Javad Zarif issued a direct Twitter response to Trump over the president's threat to "obliterate" Iran, saying doing so would constitute a war crime and require the use of banned weapons, presumably nukes.

Long-standing tensions between Tehran and Washington stemming from the US withdrawal from the nuclear deal in 2018 escalated sharply last week after an Iranian air defence missile shot down a $130 million US RQ-4 Global Hawk drone over what Iran said was its airspace. The US maintains that the drone was flying in international waters. Last Thursday, Trump said that he had approved strikes on multiple Iranian targets in response to the drone's destruction, but changed his mind at the last minute after finding out that an estimated 150 Iranians would die in the attacks, saying such losses would not be "proportionate".