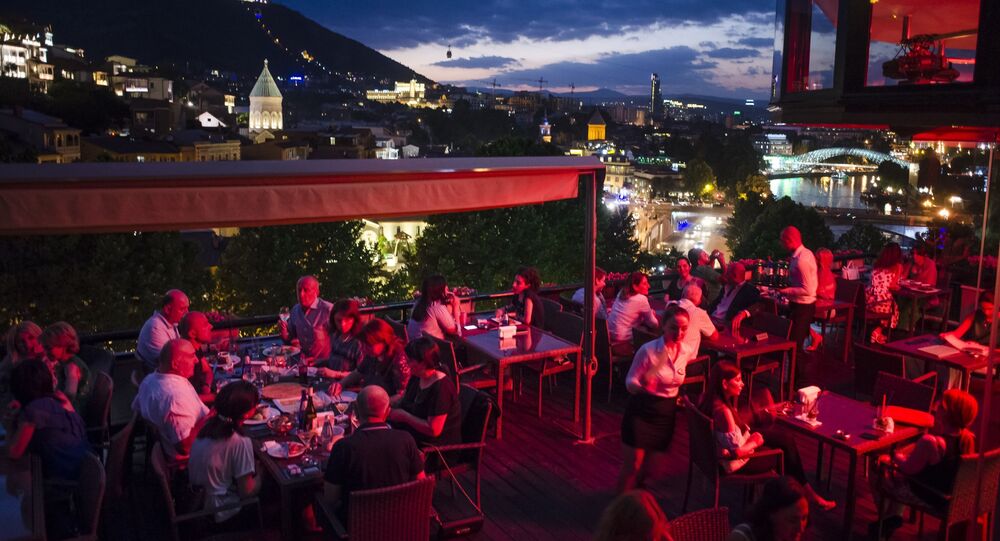 TBILISI (Sputnik) – Residents of the Georgian capital of Tbilisi working in the hospitality industry are upset by Russia’s decision to bar its airlines from flying to Georgia amid bilateral tensions, as tourism will decrease just as the high season begins.

"It will, of course [affect tourist flow]. Russian citizens often visit. I cannot give you specific information on the number of Russian nationals who are currently living in our hotel. But there are a lot of them", a representative of one of Tbilisi hotels said.

Owners of restaurants and taxi drivers predicted a decrease in Russian tourism, as well.

"It is, of course, very bad. It is the beginning of the season. Tourism is economy, money and investment", they said.

The Russian Association of Tour Operators said that there are currently some 5,000-7,000 Russians in Georgia on tours organized by travel companies, while up to three times more Russians are traveling on their own.

Putin’s decree was announced after violent protests  erupted on Thursday in Tbilisi over the participation of a Russian delegation in an international parliamentary forum in country's capital. They subsequently grew into an opposition rally with demonstrators calling on the government to step down.

Moscow has slammed the response of Georgian leadership during the international event and said it was outraged by the actions of the protesters.