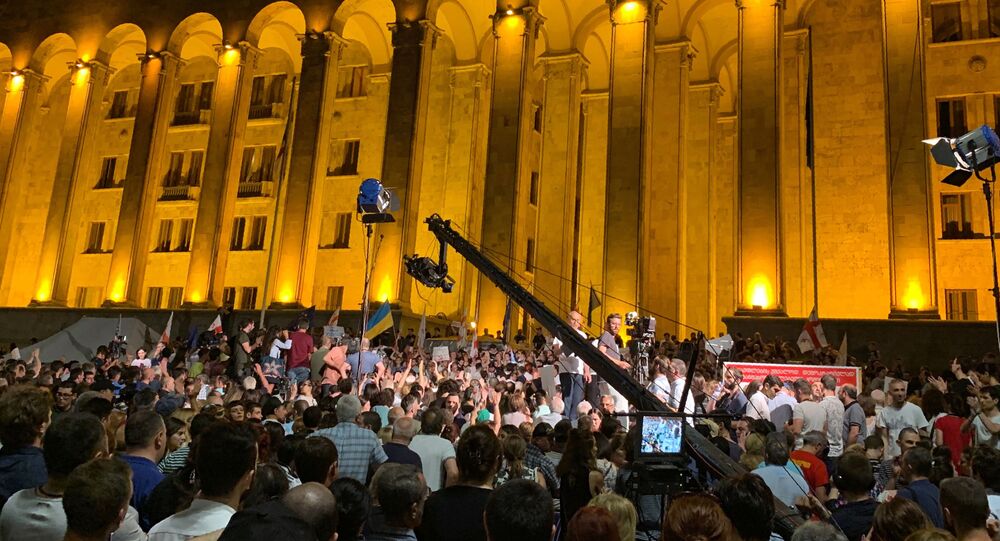 TBILISI (Sputnik) - Georgian police detained a man for making 12 Molotov cocktails which he was going to use at protests in Tbilisi, the Georgian Interior Ministry said on Friday.

"[Police] conducted a search in Tbilisi apartment of the suspect, they found 12 Molotov cocktails in the courtyard [of his residence]," the ministry's spokesman told reporters.

The spokesman added that law enforcement officers detained the man at the time when he was going to use petrol bombs during protests in the city centre. According to the ministry, the man faces up to six years in prison.

Georgian capital of Tbilisi has been recently swept by protests. The rallies erupted on Thursday over Russian delegates' participation in the session of the Interparliamentary Assembly on Orthodoxy. Georgian opposition lawmakers left the session as the president of the assembly, Sergey Gavrilov, a member of the Russian delegation, opened the session in the seat of the head of the Georgian parliament.

Radicals tried to storm the parliament's building where the Russian representatives were located, demanding the resignation of parliament's speaker and other officials. Gavrilov later told Sputnik that water was splashed over him.

The rally was dispersed by special forces, who used tear gas, rubber bullets and water cannons.

Russian parliament's lower house speaker Vyacheslav Volodin said that the actions of the Georgian leadership during the session in Tbilisi were contrary to the norms that should be followed when such events are organised.