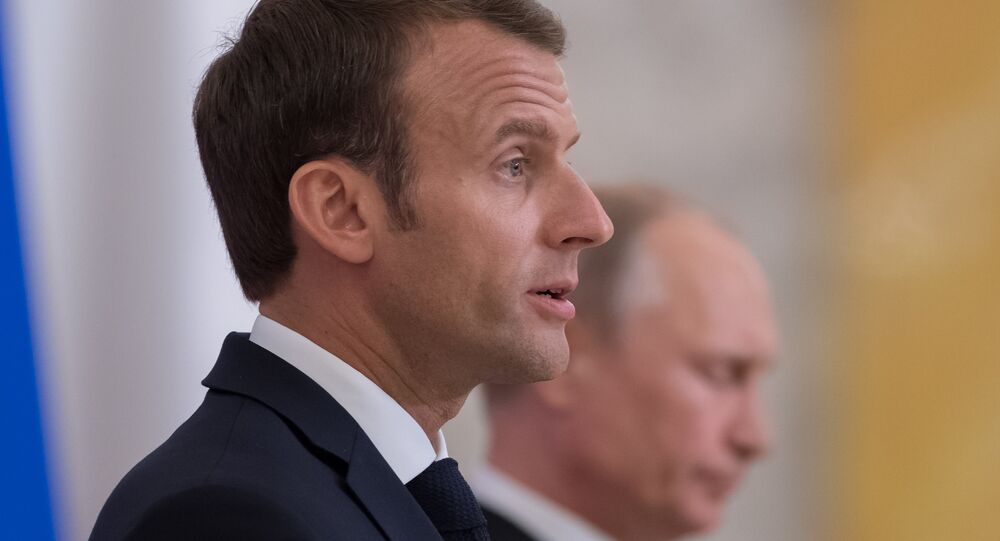 President Macron, who has famously proposed the creation of what he called a “real European army”, insists that Europe should reconsider the terms of its security relationship with Russia. Last week, Russian President Putin and Chinese President Xi Jinping met and discussed opportunities for establishing stronger ties between their countries.

French President Emmanuel Macron has called on Brussels to build “new rules of trust and security” with Moscow, saying that otherwise “it would not be good to leave Russia to China”.

“Europe... must build new rules of trust and security with Russia, and should not only agree with NATO,” Macron, who is attending an annual conference of the International Labour Organization in Geneva, said in an interview with Swiss TV channel RTS.

“It needs to build [relations] only between Europe and Russia.”

He also argued that Europe should maintain a “strategic discussion” with Russia despite their differences and announced “comprehensive talks” with President Vladimir Putin.

His comments came shortly after Vladimir Putin met with his Chinese counterpart Xi Jinping, who described the Russian president as his "best friend".

Meanwhile, disagreements with the Trump administration have recently led to some tensions with France’s traditional ally across the Atlantic, in particular over military spending, trade imbalances, and Trump’s penchant for scrapping international agreements.

Driven by security concerns, Macron has floated the idea of a "real European army", which would have greater autonomy from the United States.

While Spain and Germany supported his call, it did not go over well with either NATO or Washington.

NATO Secretary General Stoltenberg said that Europe should organise its defence efforts within NATO rather than on its own, while US President Donald Trump, who has long been pushing Europeans to beef up contributions to the alliance, called Macron’s idea “insulting”.

Macron has also been one of the first politicians to criticise Trump's move to withdraw from the Intermediate-Range Nuclear Forces Treaty (INF) with Russia and the Paris climate agreement.

In April, the French president opposed trade talks with Trump, who hit the EU with stiff import tariffs, in line with his ‘America First’ policy, because the US is no longer a member of the deal.

Additionally, he has been reluctant so far to follow the US move to ban Huawei from 5G roll-out, despite Washington’s efforts to lobby European allies into choking off the Chinese tech giant.