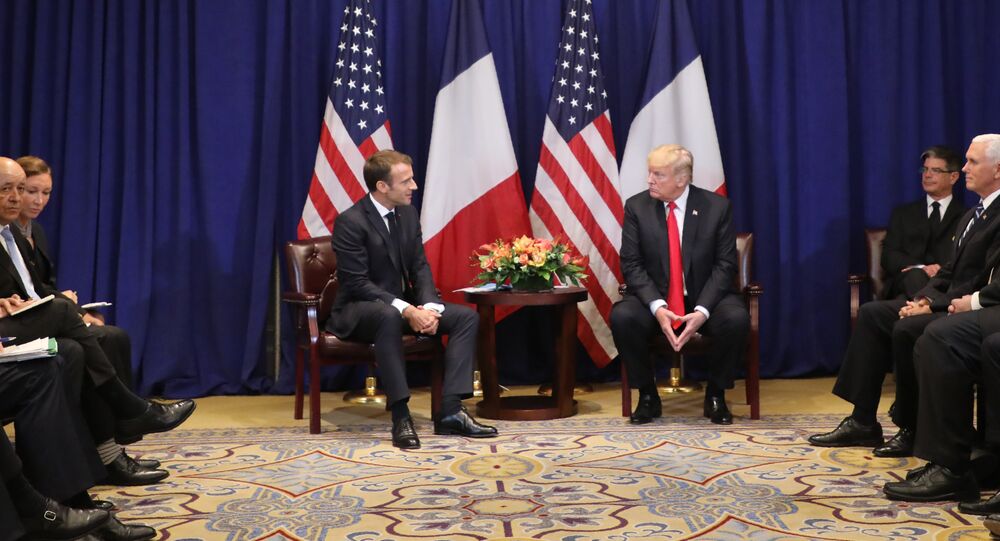 Earlier, reacting to Trump's statement, Russia called US accusations that it violated the INF Treaty unsubstantiated and warned Washington against unilaterally withdrawing from agreements.

French President Emmanuel Macron stressed the important role the treaty plays in safeguarding European security and stability during his telephone conversation with US President Donald Trump on Monday, the French president's office announced.

"The President of the Republic underlined the importance of this treaty, especially with regards to European security and our strategic stability," the statement said.

Treaty on the Brink of Collapse

© AP Photo / Petros Karadjias
UK Ready to Back US Plans to Exit INF Treaty to Send 'Clear Message' to Russia
The conversation between the presidents took place shortly after Trump had announced his plans to withdraw from the Intermediate-Range Nuclear Forces Treaty (INF) with Russia. The US president explained that he wanted to abandon the INF Treaty due to alleged Russian violations of the agreement.

Reacting to this announcement, Moscow, in its turn, has warned Washington against unilaterally withdrawing from agreements and stressed that accusations that Russia had violated the deal were unsubstantiated.

The future of the deal may be discussed by the two signatories, as US National Security Adviser John Bolton has arrived in Moscow, President Putin's Press Secretary Dmitry Peskov noted on Sunday. According to Peskov, Russia expects the US official to further explain Washington's stance on the issue.