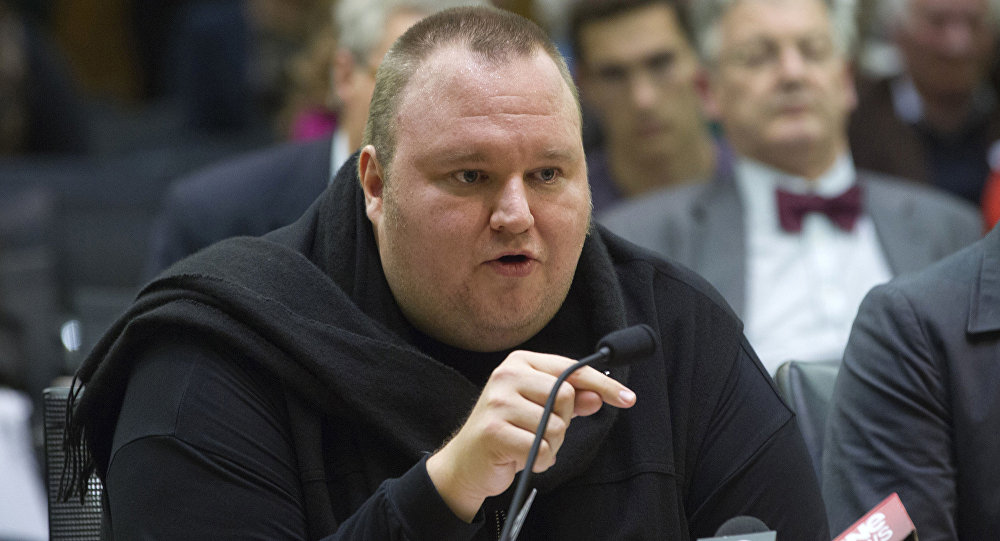 One of the largest criminal copyright cases in US history will be heard in New Zealand's highest court. Dotcom, a New Zealand resident, faces up to 20 years in prison if convicted in the US, and has spent seven years fighting the extradition.

Internet tycoon Kim Dotcom and his three associates are going to make their final plea in New Zealand's Supreme Court on Monday to overturn an earlier ruling that they should be extradited to the United States over copyright infringement allegations.

The case reached the top of New Zealand's court system after the District Court found them eligible for extradition and the High Court and Court of Appeal dismissed their appeal. 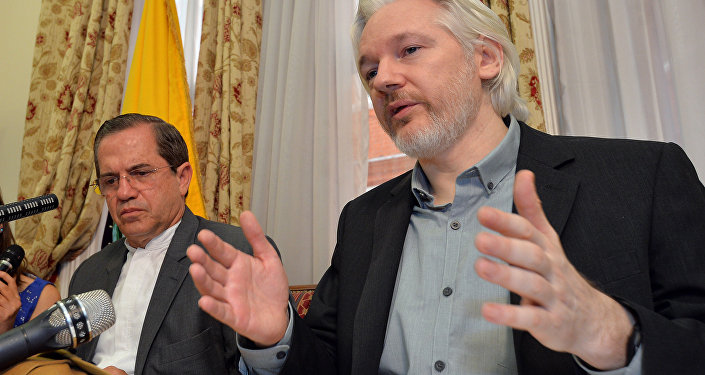 © AP Photo / John Stillwell
Net Entrepreneur Kim Dotcom: Swedish Claims Against Assange Are CIA Spy Op to Get Him to US

Dotcom and his former colleagues Mathias Ortmann, Finn Batato, and Bram van der Kolk are wanted in the United States on charges that their now-defunct file-sharing website Megaupload, which was said to have once accounted for 4 percent of all Internet traffic, helped people illegally download pirated content, including music, films, and games.

The website, which allegedly generated $174 million in revenue from piracy and cost copyright owners over $500 million in lost earnings, was shut down in January 2012; Dotcom was arrested during a police raid on his Auckland mansion at the request of the FBI.

His and his alleged cohorts have always denied the charges.

The NZ Supreme Court is to decide now whether the conduct the men are accused of amounted to an extradition offence under New Zealand law.

If the court leaves in place earlier extradition findings by lower courts, the final decision to hand the men over to the US rests with New Zealand's justice minister.

Dotcom, 45, tweeted on Monday that his wife Elizabeth, a law school graduate, is on his legal team.

My extradition case arrives in the NZ Supreme Court today. My wonderful wife Elizabeth has graduated law school to become a lawyer this year and today she’s fighting alongside my legal team for our future. Frankly if it wasn’t for Liz I don’t think I could have made it this far. pic.twitter.com/AOG7drsC5P