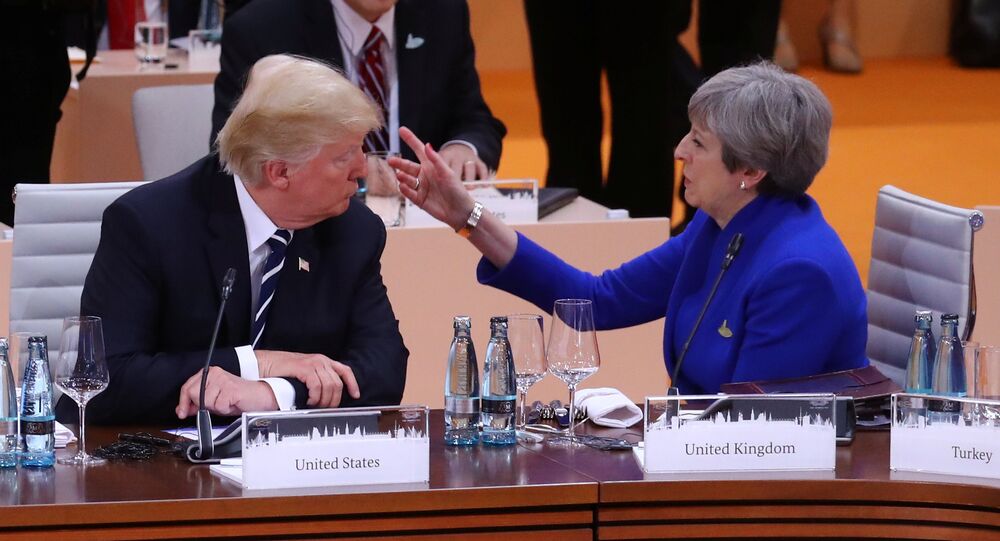 Donald Trump is in Britain on a three-day state visit which will culminate in a ceremony to commemorate the 75th anniversary of D-Day. But what sort of relationship does he have with Theresa May and how does it compare with those of other US Presidents and UK Prime Ministers?

Usually the US President and UK Prime Minister will hold private talks during a state visit but Theresa May will not do so with Donald Trump, because she is a lame duck leader who will be stepping down on Friday 7 June.

Instead Trump will meet May along with Foreign Secretary Jeremy Hunt and several other ministers to discuss issues such as climate change, intelligence sharing and Huawei's involvement in building Britain's 5G network.

May became leader of the Conservative Party in July 2016, four months before Trump beat Hillary Clinton to win the keys to the White House.

​Usually the UK is one of the first visits a new US president will make, because of the importance of the so-called "Special Relationship". Barack Obama, for example, visited the UK only two months after being inaugurated and was honoured with a state visit in 2011.

Trump was inaugurated in January 2017 but his first visit to the UK was not until July 2018 — and avoided any major urban centres where protests might take place.

May and Trump are not natural political bedfellows.

Apart from both representing right-wing parties they have little in common.

Trade between the UK and US is worth a huge $200bn each year, supporting millions of jobs both sides of the Atlantic. #USStateVisit pic.twitter.com/NL4waOj52M

​Trump is a brash businessman who often speaks or tweets before putting his brain in gear, while May is naturally cautious and diplomatic, making her often seem robotic and repetitive.

May has clearly been annoyed by Trump's repeated intervention into British politics, his close friendship with Brexit Party leader Nigel Farage and his recent endorsement of Boris Johnson — one of May's fiercest critics — as the best person to be the next Conservative Party leader.

This is what Theresa May & Donald Trump will be eating for lunch today, and I think it sounds very nice. pic.twitter.com/k1p14FgDpL

​Trump probably could not care less about offending May and will be confident he would have a much better relationship with Johnson if he becomes Prime Minister, or even with Dominic Raab or whoever succeeds May.

Prior to 1914 the relationship between Britain and the United States was fairly awkward, if not downright hostile.

The US had of course fought a war of independence against Britain in the 18th century, a war in which many British soldiers lost their lives.

In 1814 another flare-up led to British troops burning down the White House.

Leadership does not always wear the harness of compromise. — Woodrow Wilson

​Britain gave military and economic support to the Confederate states during the American civil war and London and Washington had competing interests in the Caribbean and Latin America for many years.

But when the US entered the First World War on Britain's side in 1917 there was a rapid warming of relations and in December 1918 President Woodrow Wilson became the first US president to visit the British mainland, when he was welcomed to London, Manchester and Carlisle by King George V and Prime Minister David Lloyd George.

​Wilson and Lloyd George had some differing opinions about how to treat Germany in the wake of the war but the pair got on well personally and respected each other intellectually.

US President Franklin D Roosevelt was a Democrat whose political inclinations were quite different from those of Winston Churchill, a Conservative who supported the retention of the British Empire.

Historians are divided on the personal relationship between the two, with some claiming they were friends and others attesting to a seriously frosty relationship.

In 1940, after France was overrun by the Germans, Britain stood virtually alone in the world against Hitler.

Roosevelt — who was often known as FDR — was running for re-election to the White House in November 1940 and was battling a strong isolationist movement in the US. 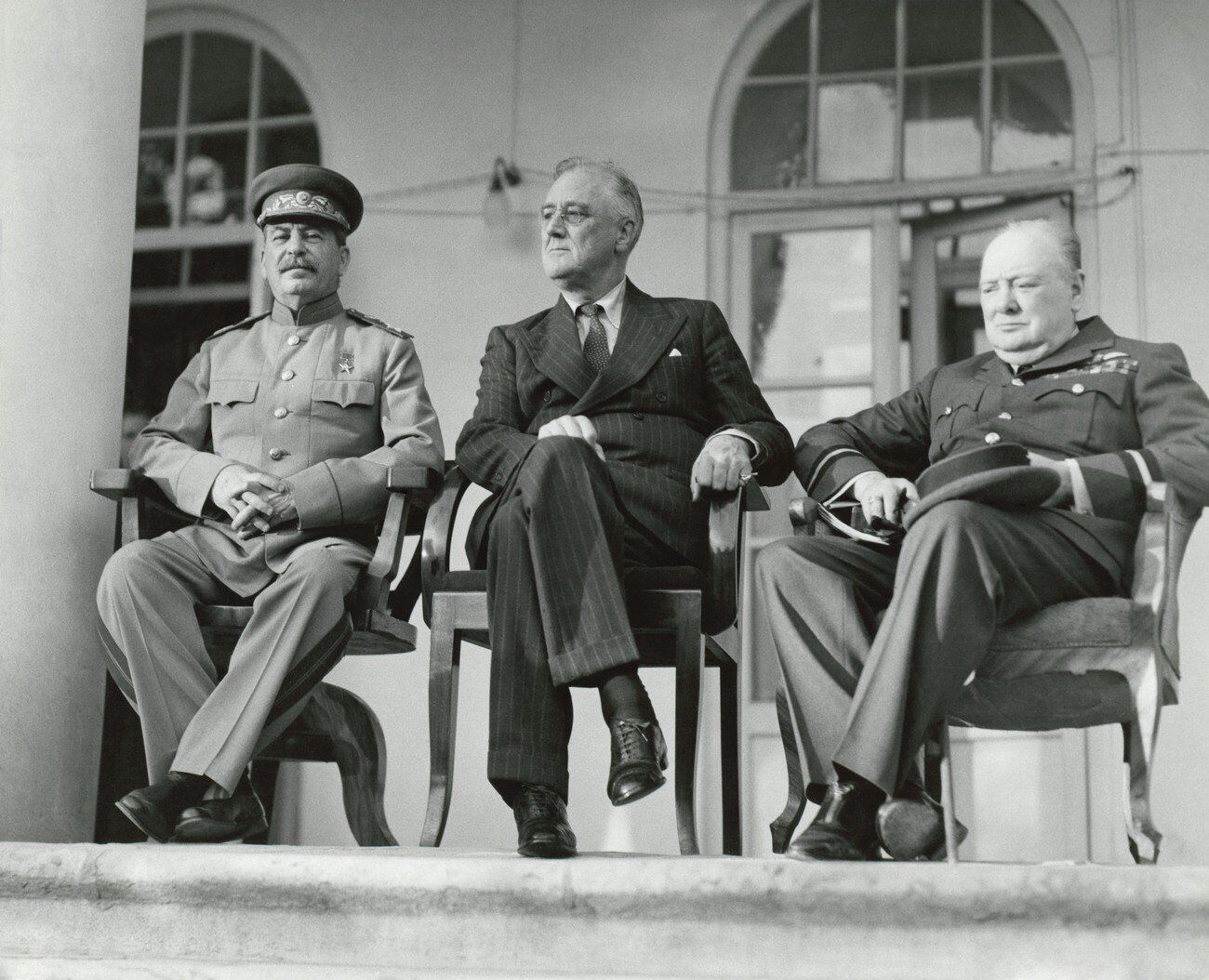 FDR actually promised voters he would keep the US out of the war but Churchill wrote to him after his election victory: "I prayed for your success…We are entering a sombre phase of what must inevitably be a protracted and broadening war."

Roosevelt did not response and, if the Japanese had not attacked Pearl Harbor, he might have kept his promise to keep the Americans out of the war.

In August 1941 FDR met Churchill for the first time — in Newfoundland — and they announced the Atlantic Charter, which was the foundation of Anglo-American co-operation throughout the war.

Churchill visited the US four times between 1941 and 1944, the most important of those visits coming in September 1944 when FDR and Churchill signed the Hyde Park Aide Memoire, which outlined collaboration on the creation of an atomic bomb, the Manhattan Project.

When FDR died in office in April 1945, Churchill wrote: "It is cruel that he will not see the victory which he did so much to achieve."

Successive British prime ministers and US presidents had fairly functional and pragmatic relationships during the 1950s, 60s and 70s but in 1980 two leaders came together who saw the world in the same stark way. 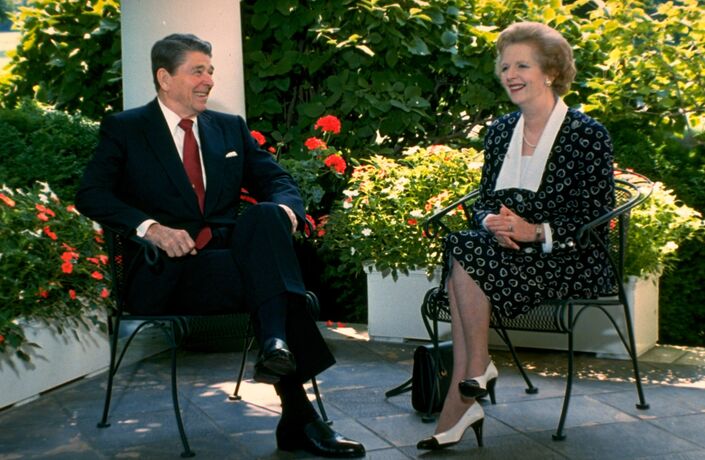 US President Ronald Reagan was elected a year after Margaret Thatcher's landslide victory in the 1979 general election.

The pair were both right-wing ideologues who were opposed to state bureaucracy and trade union power, and prized free enterprise and the individual above social cohesion and workers' rights.

They also saw the Cold War as a simple battle between good and bad, with NATO being the good guys and the Warsaw Pact being the baddies. Reagan famously referred to the Soviet Union as an "evil empire".

The pair got on extremely well together — Reagan visited Britain three times and Thatcher was always afforded a warm welcome in the White House.

On her first visit she told Reagan: "Your problems will be our problems and when you look for friends we shall be there."

Thatcher called Reagan "the second most important man in my life" after her husband Denis and, although she was not well enough to attend his funeral in 2004, she gave a moving eulogy which was recorded and shown during the service.

Nancy Reagan was reportedly "heartbroken" that she was too frail to attend Thatcher's funeral in 2013.

During the 1990s Bill Clinton's natural bonhomie endeared him to successive prime ministers but the "special relationship" would not be tested against until 9 September 2001, when al-Qaeda extremists took over two planes and flew them into the Twin Towers in New York. 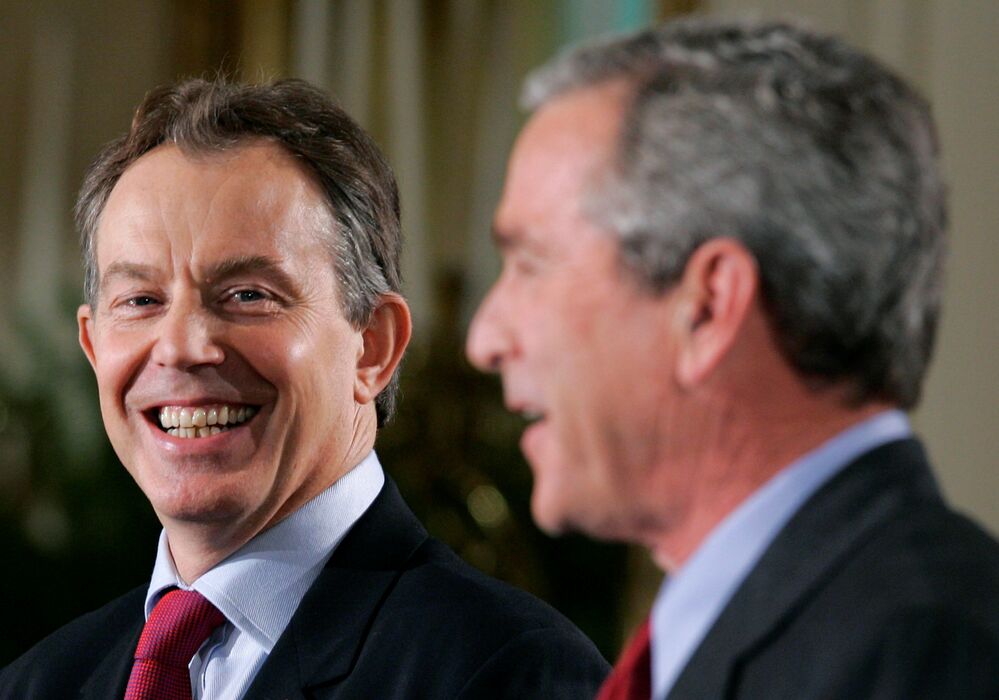 British Prime Minister Tony Blair immediately signed up for US President George W. Bush's plan to attack Osama Bin Laden in his lair in Afghanistan and oust his Taliban allies.

Blair became enormously popular in the United States and he may have let the adulation go to his head because in 2003 he went along with Bush's assertion that Saddam Hussein had weapons of mass destruction (WMDs) and was involved in a secret alliance with al-Qaeda.

It was one of the reasons given for the invasion of Iraq, which led to hundreds of thousands of civilian deaths and created an anarchic situation and open warfare between Sunnis and Shias.

Bush stood by these claims but in 2008 a Pentagon study found there had been no direct ties between Saddam and al-Qaeda.

Dubya made five visits to the UK, including a state visit in November 2003 when he was invited to Blair's constituency in Sedgefield, County Durham and enjoyed fish and chips and a pint of beer at Blair's local pub.

Recalling the visit last year in her local paper, the Northern Echo, Jemma Grieves, the 26-year-old daughter of Blair's next-door neighbour in Sedgefield, said: "Mr Bush was really nice, I said to Cherie my legs were shaking, which was blatantly obvious, so Mr Bush put his arms around me and tightened his squeeze to warm me up."

The rockiest relationship between a US President and a UK Prime Minister was probably during Anthony Eden's brief but eventful tenure in 10 Downing Street when he enraged Dwight D. Eisenhower by attacking Egypt after making a secret pact with France and Israel during the Suez crisis. 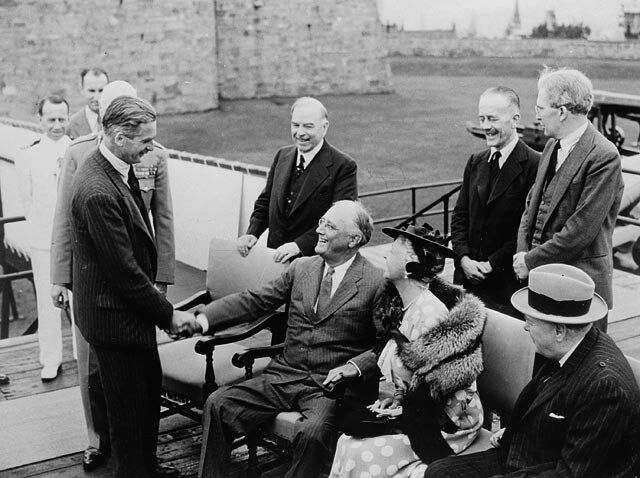 But the British Empire was crumbling, Eisenhower feared a wider war and used American economic and political power to force Eden to back down.

The pair never actually met face to face while in office but Eisenhower patched things up with Britain in 1957 when he met Eden's successor, Harold Macmillan in Bermuda.

While the face-off between Eisenhower and Eden ended in Britain being humiliated, it was a very different matter on the big screen during the movie Love Actually.

After Thornton behaves badly towards the PM's secretary, Natalie (played by Martine McCutcheon), Grant makes a stirring speech about the "special relationship".

In the speech, which was written by scriptwriter Richard Curtis, he says: "I love that word relationship. Covers all manners of sins, doesn't it? I fear that this has become a bad relationship. A relationship based on the President taking exactly what he wants, and casually ignoring all those things that really matter to Britain.

He goes on: "We may be a small country, but we're a great one too. Country of Shakespeare, Churchill, The Beatles, Sean Connery, Harry Potter, David Beckham's right foot, David Beckham's left foot. A friend who bullies us is no longer a friend. And since bullies only respond to strength, from now onward I will be prepared to be much stronger. And the President should be prepared for that."

It's a great speech, but not one British Prime Minister has ever dared to echo in real life.

Donald Trump and Theresa May Meet in London (VIDEO)