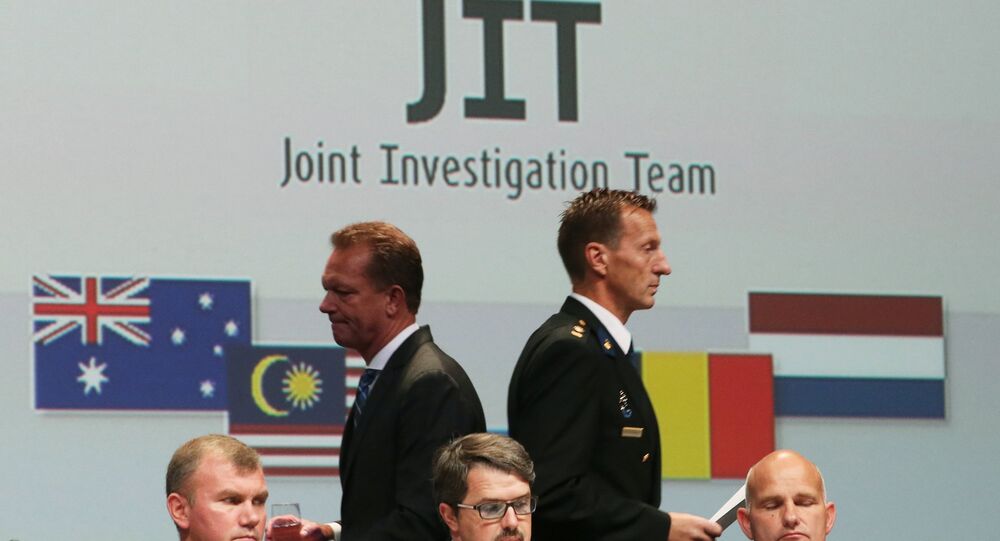 MOSCOW (Sputnik) - Malaysian PM Mahathir Mohamad has expressed his dissatisfaction over the fact that the investigation into the 2014 crash of the Malaysia Airlines-operated Boeing in Ukraine was not conducted in an impartial manner with Kuala Lumpur's participation but was rather focused on simply pinning the blame on Russia for political reasons.

Speaking at a press conference at the Japanese Foreign Correspondents' Club on Thursday, the prime minister also noted that Malaysia should be allowed to participate in examining the plane's flight recorder.

"For some reasons, Malaysia was not allowed to check the black box to see what happened. We don't know why we are excluded from the examination but from the very beginning, we see too much politics in it and the idea was not to find out how this happened but seems to be concentrated on trying to pin it to the Russians. This is not a neutral kind of examination", the prime minister said, as quoted by the Malaysian National News Agency.

The prime minister pointed out that he did not believe that the missile, which is believed to have downed the plane, had been launched by such a "disciplined" party as Russia, and stressed that there was not enough evidence to state that Russia was indeed responsible for the crash.

"They are accusing Russia but where is the evidence? We know the missile that brought down the plane is a Russian type missile, but it could also be made in Ukraine. You need strong evidence to show it was fired by the Russians, it could be by the rebels in Ukraine, it could be Ukrainian government because they too have the same missile", Mahathir said.

© REUTERS / Maxim Zmeyev
'Shocking Truth': JIT Seeks to Exonerate Kiev of Blame - Russian Prosecution on MH17 Crash Probe
The Boeing, which was on its MH17 flight from Amsterdam to Kuala Lumpur, crashed near the city of Donetsk in eastern Ukraine on 17 July 2014. All 298 people, mostly from the Netherlands, who were on board the plane were killed.

The Dutch-led joint investigation team (JIT) claimed that the plane had been allegedly downed by a Buk missile that belonged to the Russian Armed Forces and had been delivered to the militia in the Donbass region. The militia, in turn, insists that it did not possess weapons that could hit a target at such an altitude.

Russia, which has been excluded from partaking in the investigation, also repeatedly denied the accusations about its involvement in the tragedy, arguing that it had provided JIT with evidence proving that it was Ukraine's Buk systems that hit the Boeing, but the information had been ignored by the investigators.