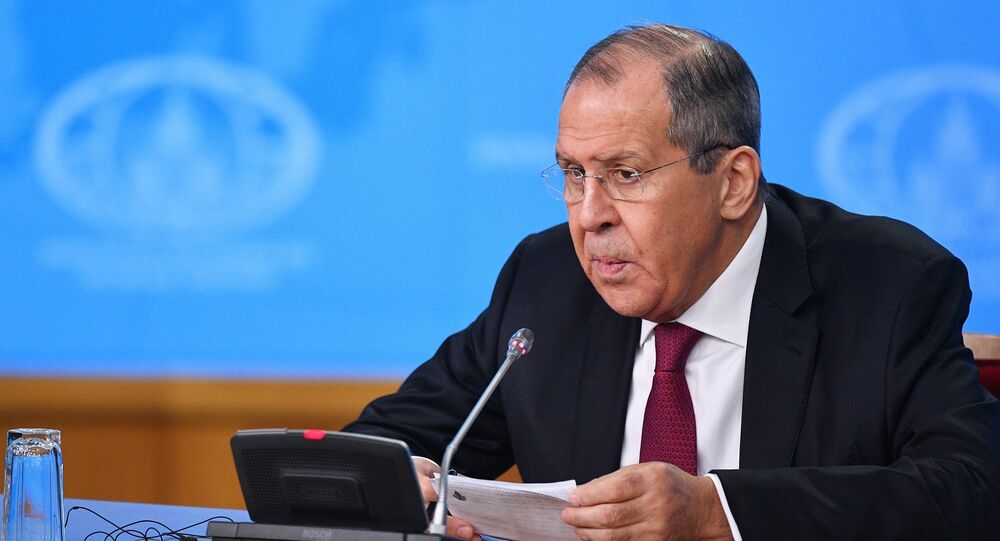 "As regards the claims that Russia allegedly carried out nuclear tests, their delusional nature has already been noted by representatives of the CTBTO [Comprehensive Nuclear-Test-Ban Treaty Organisation] and distinguished and respected experts in the United States", Lavrov told reporters at a press stakeout in the Russian Embassy in Tokyo.

The minister also suggested that the United States just needed to put forward some new accusations against Russia since it has become clear that Russia was not involved in the recent political scandal in Austria.

"It seems that after a Russian-speaking woman in Ibiza turned out to be Bosnian, they needed something else to come up with", Lavrov said jokingly.

Austrian President Alexander Van der Bellen on Tuesday dismissed the country's government, led by Chancellor Sebastian Kurz, amid a scandal involving Kurz's coalition partner, the Freedom Party of Austria, whose former leader Hanz-Christian Strache was shown in a secret video, shot in Ibiza, pledging to fix public contracts for a woman posing as a Russian oligarch's niece. Allegations have emerged that Russia was involved in the situation.

However, Austrian newspaper Kronen Zeitung reported, citing sources, on Wednesday that the woman was actually a Russian-speaking student from Bosnia.