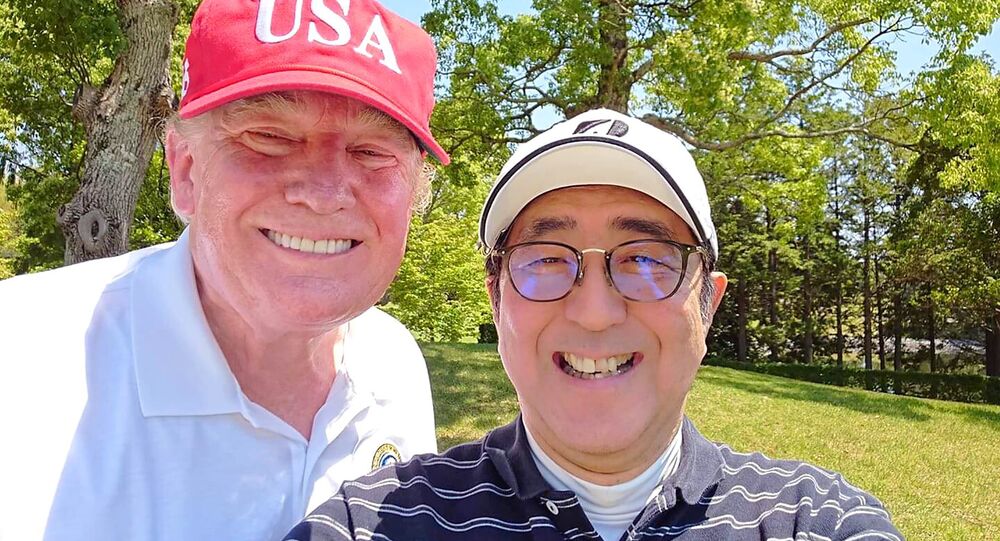 MOSCOW (Sputnik) - US President Donald Trump said on Sunday that Washington and Tokyo were progressing very well in their trade talks, noting, however, that many issues would not be resolved until Japan holds elections to its upper chamber in July.

"Great progress being made in our Trade Negotiations with Japan. Agriculture and beef heavily in play. Much will wait until after their July elections [to the Japanese upper house] where I anticipate big numbers!" Trump tweeted.

Great progress being made in our Trade Negotiations with Japan. Agriculture and beef heavily in play. Much will wait until after their July elections where I anticipate big numbers!

Trump now wants to secure a bilateral trade agreement with Tokyo that would allow the United States to boost its agricultural exports to Japan. Tokyo, in turn, wants to prevent Trump from slamming import duties on Japanese cars and auto parts, which are one of the most important export products for Tokyo.