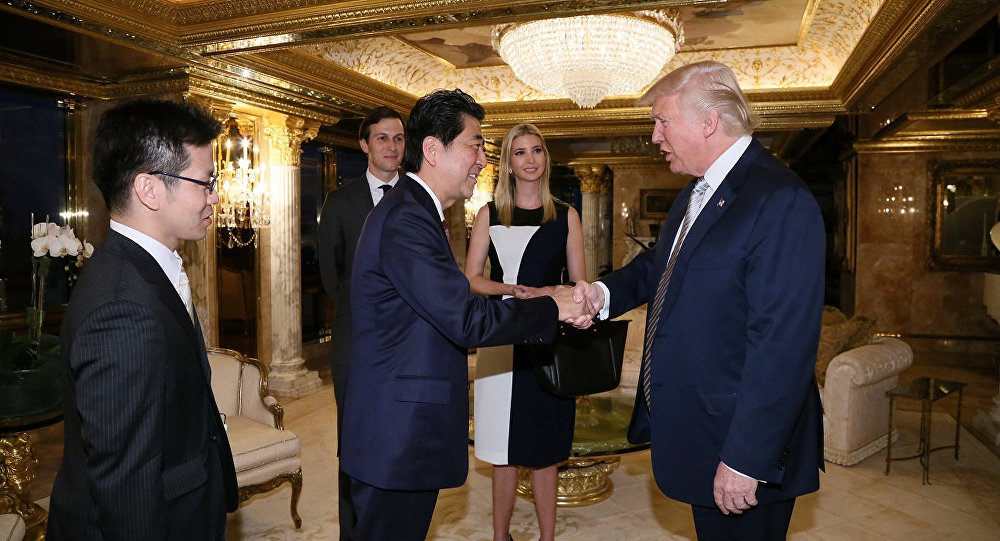 Japanese Prime Minister Shinzo Abe noted after his meeting with US President Donald Trump that the two countries reaffirmed their intention to cooperate in the future in a bid to achieve a free and open Indo-Pacific region, Reuters reports, citing a senior Japanese government official.

According to the senior Japanese official, Abe and Trump have agreed to seek the G-20's agreement on key issues, including trade, digital economy, maritime plastic waste, infrastructure investment and women's empowerment.

The two leaders have confirmed the coordination between the two governments to ensure a successful G-20 Summit in Osaka in June, Reuters reports. 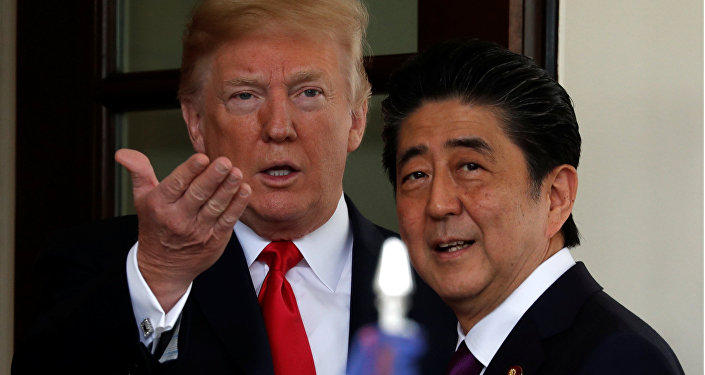 © REUTERS / Carlos Barria
Trump Says US, Japan Can Make Good, Long-Term Trade Deal - Report
After the meeting with Trump, Abe said that the topic of North Korea's nuclear arsenal was high on the meeting's agenda.

"A high-level meeting between the North Korean leader and President Putin, at which work aimed at denuclearizing the Korean Peninsula, was done, has just taken place," Abe said after his talks with Trump.

At the start of the meeting, both Trump and Abe noted that the United States is having good trade discussions with Tokyo and that the two countries have a chance to make a long-term trade deal.