MEXICO CITY (Sputnik) - Moscow is ruling out the possibility of exchanging US citizen Paul Whelan, who Russia has charged with espionage, for Maria Butina, because Whelan has not been sentenced, according to Russian Deputy Foreign Minister Sergey Ryabkov.

"This is completely ruled out, given that he [Whelan] has not been sentenced. The exchange proposals concerned only Viktor Bout and Konstantin Yaroshenko from our side; about the transfer of the convicted persons. Everything else, any conversations that were offered by other personalities are just speculation, there is nothing like that", Ryabkov said.

According to the deputy minister, the statements of the US Embassy will not affect the situation.

"The statements of the US Embassy that no evidence has been presented do not change anything in this regard", the diplomat said.

At the same time, Ryabkov noted that Russia was still ready to exchange Bout and Yaroshenko.

"There is no interest in this scheme from the US side, but we are not putting it aside, we confirm our readiness… I do not know what Whelan will be sentenced with, and whether it would be expedient to involve Mr. Whelan in some such a scheme," Ryabkov said.

Whelan, who is also a citizen of Canada, Ireland and the United Kingdom, was arrested in Russia in December on charges of espionage. Earlier on Friday, a Moscow court extended his arrest until August 29. Whelan denies the charges and insists he came to Russia to attend a friend’s wedding. If convicted, Whelan faces up to 20 years in prison. Russian officials have so far refused to release details with respect to the charges against Whelan. 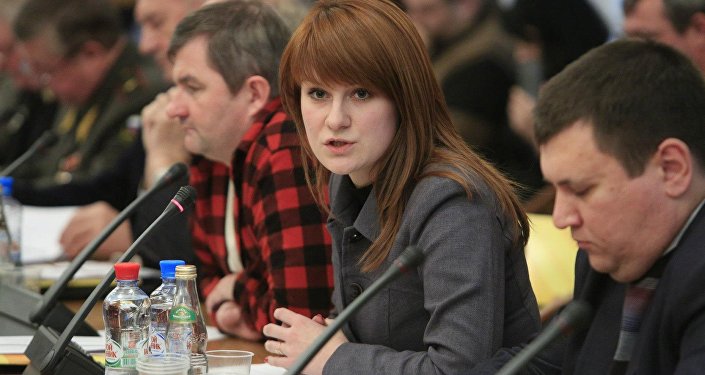 Facebook / Maria Butina
Russian National Butina Appeals 18-Month Sentence in US Court
Maria Butina was arrested in Washington in mid-July 2018 on suspicion of working as a foreign agent for the Russian government. The young woman initially denied the charges but agreed late last year to cooperate with the prosecution, pleading guilty to one count of conspiracy to act as a foreign agent. Her decision came after being held in solitary confinement for long periods of time and facing a long prison term. Butina was sentenced to 18 months in prison in late April. Taking into account the time she has already spent in prison, she is set to be released in early November.
...
Reddit
Google+
Blogger
Pinterest
StumbleUpon
Telegram
WhatsApp
100