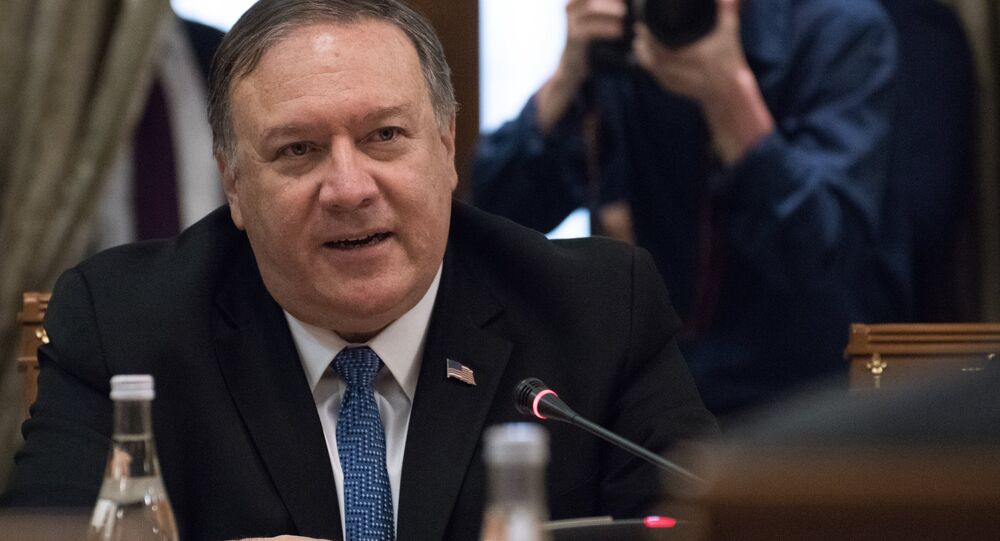 At the press conference following the bilateral meeting, Russian Foreign Minister Sergei Lavrov told journalists that he and his US counterpart Mike Pompeo have agreed the need to resume communication channels between the two countries.

Secretary of State Mike Pompeo has expressed hope that despite the disagreement, the US and Russia can continue a dialogue on Venezuela.

"Despite our disagreements, we will keep talking. I hope we can find a way forward that ends the humanitarian and political crisis that is happening. On this we both agree", Pompeo told reporters in Sochi.

The US top diplomat continued by saying that during the talks, he had urged Russia to end its support for Venezuelan President Nicolas Maduro, but his call was flatly rejected by Moscow.

"The time has come for Nicolas Maduro to go, he has brought nothing but misery to the Venezuelan people, and we hope that Russian support for Maduro will end", Pompeo told a joint news conference with Russian Foreign Minister Sergei Lavrov.

The statements come after Pompeo arrived in the Russian resort city of Sochi earlier in the day. He is expected to meet Russian President Vladimir Putin after talks with Foreign Minister Sergei Lavrov. Ahead of the talks, the top diplomat noted that he went to Sochi because US President Donald Trump was committed to improving relations with Russia.