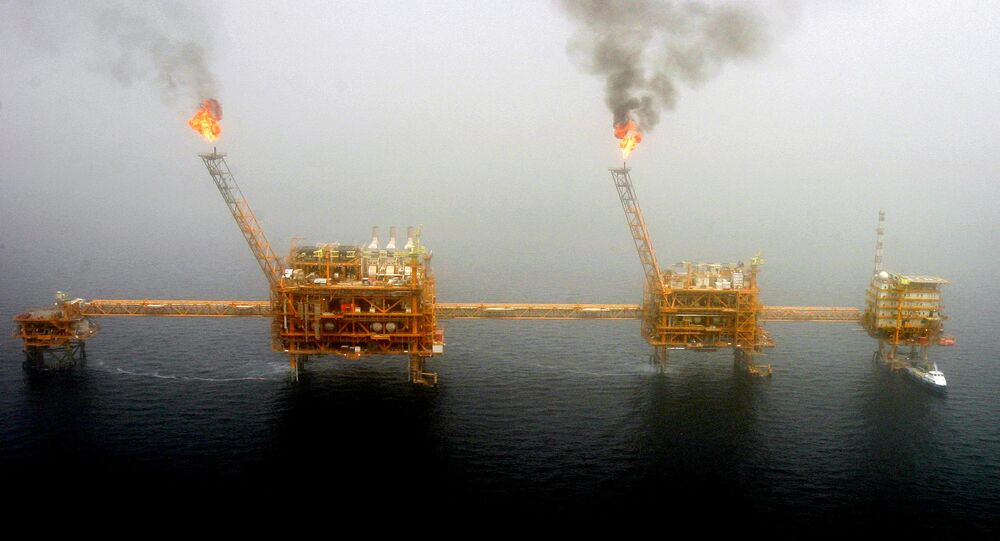 On Monday, Washington announced that it would not renew six-month exemptions to its anti-Iranian sanctions which it issued to eight major importers of Iranian oil, in a bid to “bring Iran's oil exports to zero”.

A South Korean delegation led by Deputy Foreign Minister for Economic Affairs Yoon Kang-hyun will head to Washington later this week to discuss US plans to scrap its Iran sanction waivers before the end of this month.

“As we have some time until the May deadline, we’re planning to try to see if we can persuade the US government to extend waivers,” Reuters cited an unnamed South Korean government official as saying.

The forthcoming talks between South Korean and US officials come after the White House announced on Sunday its decision not to reissue waivers on Iranian oil when they expire after 1 May.

Washington additionally stressed that the move “is intended to bring Iran's oil exports to zero”, ruining a “principal source of revenue” for Tehran.

The White Housed added that the United States, Saudi Arabia, and the United Arab Emirates have pledged to ensure that the global market will have sufficient oil supplies following Washington's decision to terminate sanctions waivers for countries importing Iranian oil.

Commented on the matter, Beijing, in turn, stressed that it stands against Washington's unilateral restrictions against Tehran and will take every effort to defend the interests of its own companies, if the seek to do legal business with Iran.

He reiterated that “China firmly opposes the US implementation of unilateral sanctions and its so-called long-armed jurisdiction”.

READ MORE: Iran's Khamenei Says Tehran Should Not Bet on Europe in Battling US Sanctions

Iran reacted to the US decision by saying that the end of American waivers has no value, and that Tehran is in touch with partners and will act accordingly.

“The results of these external and internal contacts will be reflected in decision-making — Iran will soon make the required decision on this issue and announce it”, Iranian Foreign Ministry spokesman Abbas Mousavi said.

© AP Photo / Vahid Salemi, File
US Hopes Strangling Iran’s Oil Trade Sparks Insurrection - Ex-UK Ambassador
Since the US withdrew from the 2015 Iran nuclear deal in May 2018, Washington has repeatedly stressed that it wants all importers to eventually cut their oil purchases from Iran to zero, which is likely to have a significant impact on the Islamic Republic.