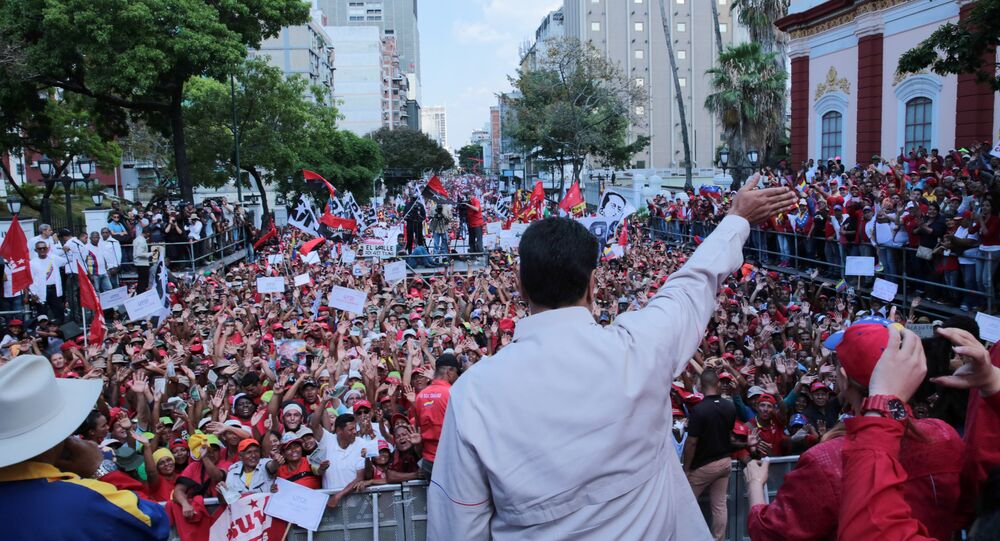 Moscow does not consider the prospect of US military action against Venezuela abstract - it is a real scenario, Russian Foreign Ministry spokeswoman Maria Zakharova said, commenting on the situation in Venezuela.

"The harsh, aggressive tone of the representative of the armed forces (head of the US Southern Command Admiral Navy Craig Foller) reaffirms our fears: US military action in Venezuela is not an abstraction, but a possible reality that Washington admits," Zakharova said.

The United States continues to ignore the principle of non-use of force, Maria Zakharova added.

According to Zakharova, "every day we increasingly hear about the likelihood of the use of the power scenario against Venezuela. It is done with a different tone, it is done with different arguments, it changes like cubes in a game, but this does not change the essence — aggressive rhetoric regarding a sovereign state."

"High representatives of President's Trump administration no longer simply demand that President Maduro leave his legal office, now there are passages that he must leave before the end of the year, and if this ultimatum is not fulfilled, force might be used," she stressed.

© REUTERS / Isaac Urrutia
US to Add 34 of Venezuelan State Oil Firm's Vessels to Sanctions List - Pence
Recently, US Secretary of State Mike Pompeo said that every single tool for what he described as US efforts "to restore democracy" in Venezuela remains on the table. He confirmed that military intervention is still an option amid the ongoing political crisis.

According to the White House' forecast, the company will lose another $11 billion in oil supplies. In addition, Washington introduced a ban on making deals with the company.