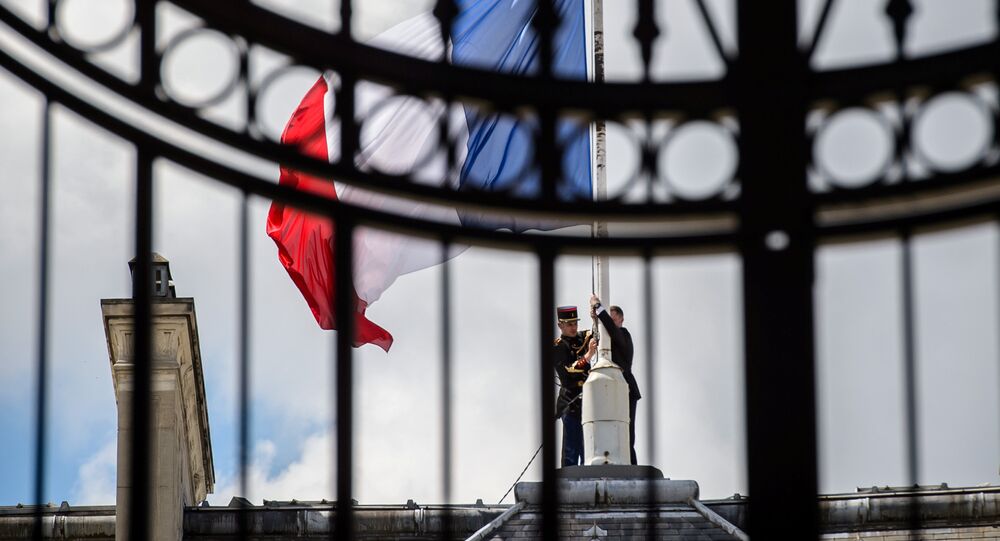 France Won't Bow to US, Wants to Be Leader, Minister WARNS

Realising that the present-day United States is a "difficult partner", France insists on its sovereignty on the political and technological scene, French Minister of the Economy Bruno Le Maire said.

In an exclusive interview with Le Figaro, French Minister of the Economy and Finance Bruno Le Maire said that, "in the face of the United States and China, Europe must assert itself as a sovereign power".

Europe, Le Maire said, is aware that the United States is increasingly becoming a "difficult partner", while the "Chinese giant" is asserting itself on the world stage. In this regard, he added, it is time for Europe to establish itself as "an independent, sovereign power protecting and investing in its own technologies".

"Whether we are talking about China or the United States, we are experiencing a moment of historic change: our political sovereignty depends on our technological sovereignty. France refuses to bow. With Europe, it wants to be a leader", Le Maire said.

The minister added that France will not meet the requirements that Washington may press under the extraterritorial application of US law.

© REUTERS / Kevin Lamarque
Trump Launches Massive Twitter Crusade Against Macron Amid EU Army Row
To respond to the challenges posed by the US and China in the economic sphere, Europe must create its own ambitious projects in the sphere of production and technological development, Le Maire said.

Last November, French President Emmanuel Macron pitched an idea of creating a "true European army" independent of Washington to protect the continent "with respect to China, Russia and even the United States", including from cyber attacks.

The proposal received much backing from German Chancellor Angela Merkel, who noted that "Europe must take its fate in its own hands".

High Representative of the European Union for Foreign Affairs and Security Policy Federica Mogherini, for her part, stressed that the 28-member bloc will never be transformed into a military alliance.

"The European Union won't turn into a military allliance. There is no competition with NATO. We are not building a European army, nobody is talking about a European army here. We are investing to be more reliable and more active security 'suppliers' in the region and around the world", Mogherini said in November.

Relations between the United States and France have been complicated by President Donald Trump's decision to withdraw from the Iran nuclear deal and subject European companies to secondary sanctions, as well as to impose tariffs on aluminium and steel exports.

In the wake of the US pullout from the nuclear deal, Macron's adviser said that the threat of sanctions on European businesses trading with Iran and tariffs were a test of European sovereignty.

"There is very strong US pressure on this, which requires a firm European response, that’s what the president will say. We can’t negotiate under pressure, with a gun to our head", the presidential adviser added.

In another sign of France's thirst for sovereignty, Paris has so far refused to cave in to US pressure and bar Chinese telecommunications giant Huawei from their fifth-generation (5G) networks over Washington's allegations that the hi-tech company is stealing commercial info and spying on behalf of the Chinese government.

Instead, Macron reaffirmed committment to strengthen relationship between France and China.