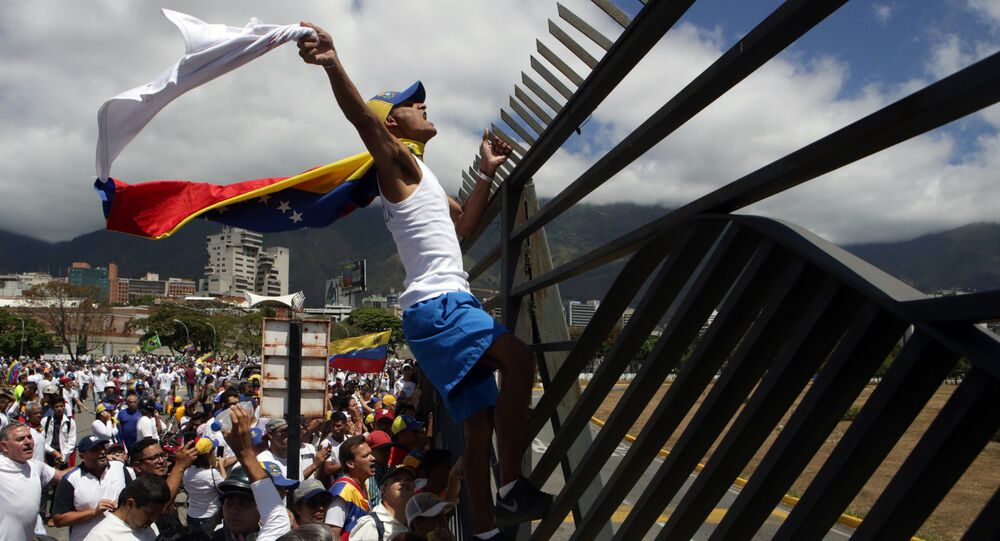 US Secretary of State Mike Pompeo has called Russian Foreign Affairs Minister Sergei Lavrov to discuss the situation in Venezuela, State Department Deputy Spokesperson Robert Palladino said on Monday in a readout of a phone conversation between the two leaders.

During the conversation, Pompeo told Lavrov that the United State would not stand by with respect to Russia's actions in Venezuela.

"The Secretary told Russian Foreign Minister Lavrov that the United States and regional countries will not stand idly by as Russia exacerbates tensions in Venezuela," Palladino said in the release. "The continued insertion of Russian military personnel to support the illegitimate regime of Nicolas Maduro in Venezuela risks prolonging the suffering of the Venezuelan people who overwhelmingly support interim President Juan Guaido."

READ MORE: 'Guaido Can Go Back to Being Street Thug': Waters Says Venezuela Coup Has Failed

© Sputnik / Stringer
Venezuela’s Maduro Announces Capture of Colombian Paramilitary Chief
A group of Russian military personnel has arrived in the Venezuelan capital of Caracas to take part in consultations with the country's government officials on bilateral defense industry cooperation, a diplomatic source in Caracas told Sputnik.

The planes arrived in the Venezuelan capital on Saturday. Media earlier reported that an estimated 99 Russian military staff arrived in Caracas on board two planes, which also delivered 35 tonnes of cargo.