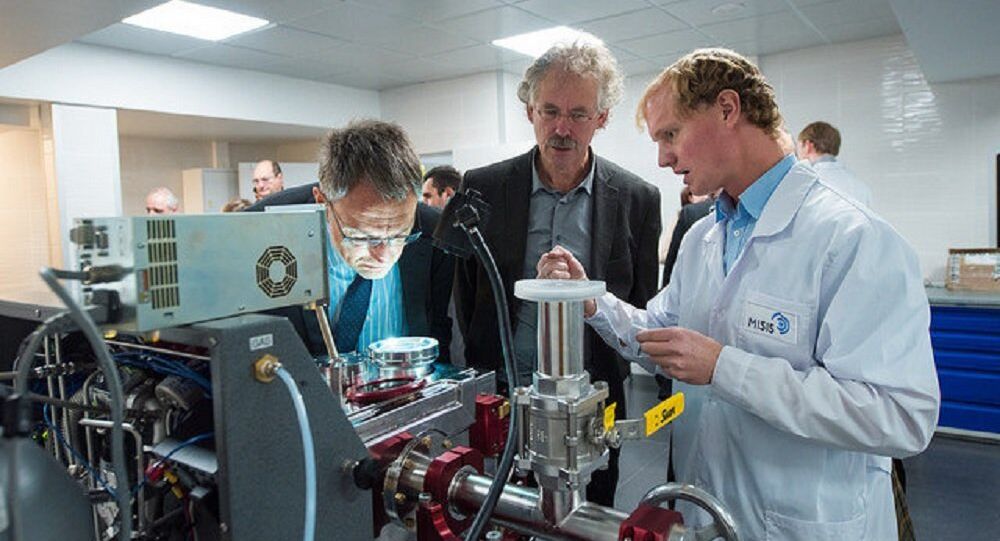 MOSCOW (Sputnik) - The United States may use the same approach in countering the alleged Russian threat through its prospective $500 million aid package as it does with Chinese giant producer Huawei, which it has accused of espionage, a member of the European Parliament told Sputnik.

"I feel some type of indirect activities will follow. If we evaluate the whole activity around suspect Huawei hard and software intelligence use by the Chinese government, I am sure some similar mechanism is prepared to be used in the case of replacement of any Russian technology as well as primary materials," Jaromir Kohlicek, an EU lawmaker from the Czech Republic, said.

However, foreign states should be smart enough to decline aid funds from the United States on countering the alleged threat coming from Russia if that support is solely dedicated to nurturing the anti-Russian sentiment, the lawmaker noted.

"If there is just some type of support of the various ‘think tanks’ or NGO concentrated strictly to the development of Russophobic ideas, the refusal of this money has to be quite a logical step of any responsible government," Kohlicek added.

Andrea Picchielli, a member of the Italian right-wing Lega party, told Sputnik that many European countries, especially the ones in Eastern Europe, were likely to accept US financial aid "with great pleasure."

"They will modernise their military arsenal and also the countries that don't belong to NATO and are part of this financial project, will take the American aid and in future they could also accept Russian aid, playing a neutral role that facilitates only their economic interests," Picchielli said.

The foreign policy of the incumbent US president does not seem to differ from former administration under Barack Obama as evidenced by the aid package against Russia, the lawmaker noted.

"Trump's strategy is also not quite as much of a break from former President Barack Obama's as it might seem. He [Trump] continues with the traditional American foreign policy of containing Russia in Asia and in Europe," Picchielli added.

© AP Photo / Jens Meyer
European Parliament Adopts Resolution Urging to Stop Nord Stream 2
This comes after on Monday, US President Donald Trump requested half a billion dollars in his 2020 budget proposal to provide support for countries in Europe and Asia to counter Russia's alleged malign influence. The Wall Street Journal reported on the same day that the US ambassador in Berlin, Richard Grenell, had warned German Economy Minister Peter Altmaier that the US administration would limit intelligence data sharing with the German government if Huawei was allowed to participate in the development of German telecommunications infrastructure.

Huawei has recently faced allegations of links to the Chinese government and even involvement in espionage on its behalf, something that the company has vehemently denied. In mid-August, Trump enacted legislation banning government agencies from using services from Huawei and ZTE, another Chinese company, against the background of the ongoing scandal.

US to Impose ‘Significant’ Sanctions on Venezuela in Coming Days - Abrams