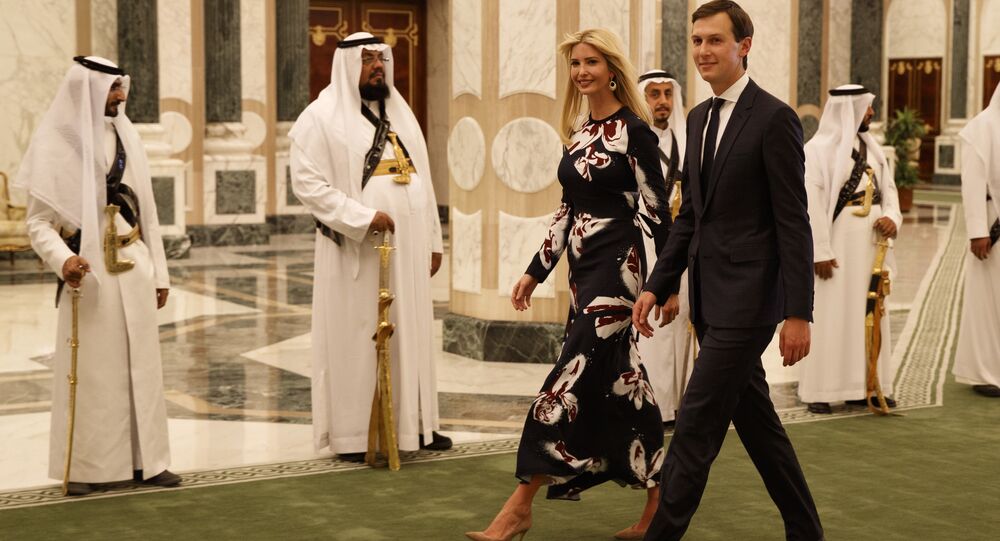 Earlier, US House Democrats asked Attorney General William Barr to open a criminal case against Trump's son-in-law amid media reports that the president had ordered White House officials to give him top secret security clearance despite his unreported contacts with over 100 foreign individuals.

Embassy staffers were not briefed on or given details about Kushner's February trip, nor the meetings he'd held with members of the Saudi Royal Family, with only one senior State Department official, whose portfolio is focused on Iran, in attendance during the meetings, sources with knowledge of the trip told The Daily Beast.

"The Royal Court was handling the entire schedule," one congressional source complained, with others frustrated about the lack of information about the content of the conversations between senior Trump officials and their Saudi counterparts.

© REUTERS / Kobi Gideon/Courtesy of Government Press Office
US House Democrats Seek Criminal Probe of Jared Kushner Over Security Clearance
The White House denied the reporting, saying it was "not true" and that Daily Beast's sources were "misinformed."

Speaking to The Independent, Naveed Jamali, a former US Defence Department intelligence officer and ex-FBI asset, told The Independent that the Trump administration's deployment of Kushner to meet with top foreign officials "blurred the lines of communication" between government agencies, making it unclear who – diplomatic officials or members of the president's family, spoke for the US government.

"We know there is a flawed system by the fact that Jared Kushner has a security clearance," Jamali alleged, pointing to Kushner's reported omission of his contacts with more than 100 foreign persons on his security clearance forms.

Walter Shaub, a senior adviser to the Citizens for Responsibility & Ethics in Washington (CREW) nonprofit, voiced concern over Kushner's "secret meetings," asking whether "conflicts of interests" were at play.

Why is Jared Kushner, who couldn’t get a clearance without nepotistic intervention, having secret meetings with the Saudi government and keeping U.S. officials in the dark about the substance of the meetings? Are conflicts of interest at play here?https://t.co/vZN44abwhK

Kushner is known to have a close, personal relationship with Saudi Crown Prince Mohammed bin Salman. Late last year, intelligence officials and people familiar with internal White House deliberations told US media that the two men became close soon after Trump's election, dropping formalities and referring to one another on a first-name basis, and communicating on how to further improve US-Saudi relations.

© REUTERS / Jonathan Ernst
Democrats Start Investigation of Trump Administration’s Dealings with Saudi Arabia
On Tuesday, a group of Democratic congressmen asked the DoJ to open a criminal investigation against Kushner over alleged "false statements" in his security clearance application.

The request follows the start of a congressional probe into the Trump administration's dealings with Saudi Arabia last month after multiple reports by whistleblowers claiming the White House has been pushing forward with plans to provide the Kingdom with access to nuclear weapons technology.