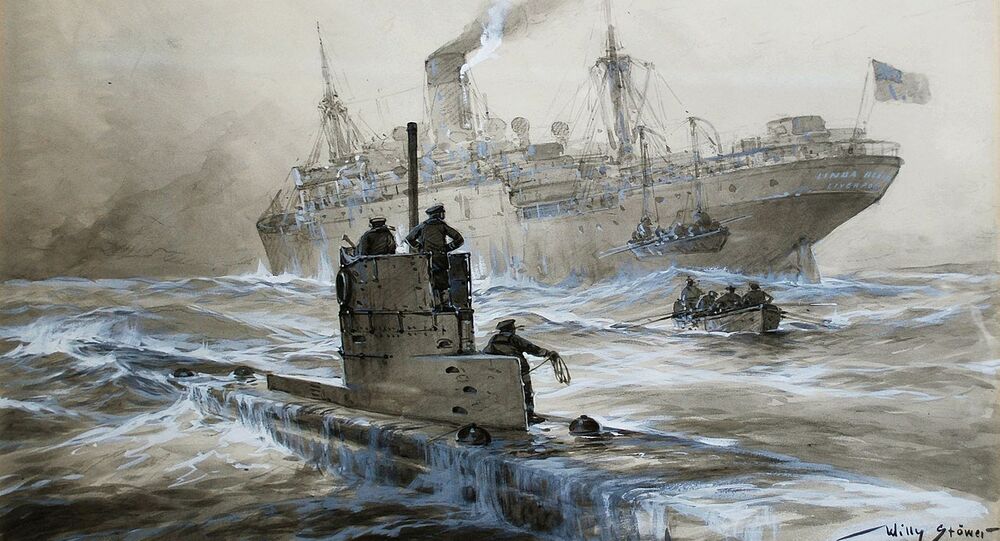 Multiple conspiracy theories exist linking Nazi Germany with Antarctica, with some of them claiming that the leaders of the Third Reich might have fled to secret bases in Antarctica after their defeat in World War II.

A YouTuber studying various anomalies and conspiracy theories, named MrMBB333, has published a video in which he shared his bizarre findings in Antarctica, where, he thinks, melting ice is revealing the frozen continent's secrets. The video blogger specifically pointed to two spots on Google Earth, where the ice has melted in unnaturally straight or circular lines, which, he claims, looks like a U-boat.

"If you look at the top of it, you can see what looks like a greyish type of steel colour. You can see a set of straight lines through the centre which doesn't look like a completely random act of nature. That has an intelligently designed structure to it", he said.

Previously, Russian researchers found Nazi secret meteorological station in the Arctic in Alexandra Land, a thousand kilometres from the North Pole. It was established in 1942 and functioned for two years, but was only discovered recently.

Blast From the Past: History of Antarctica Throughout the Years