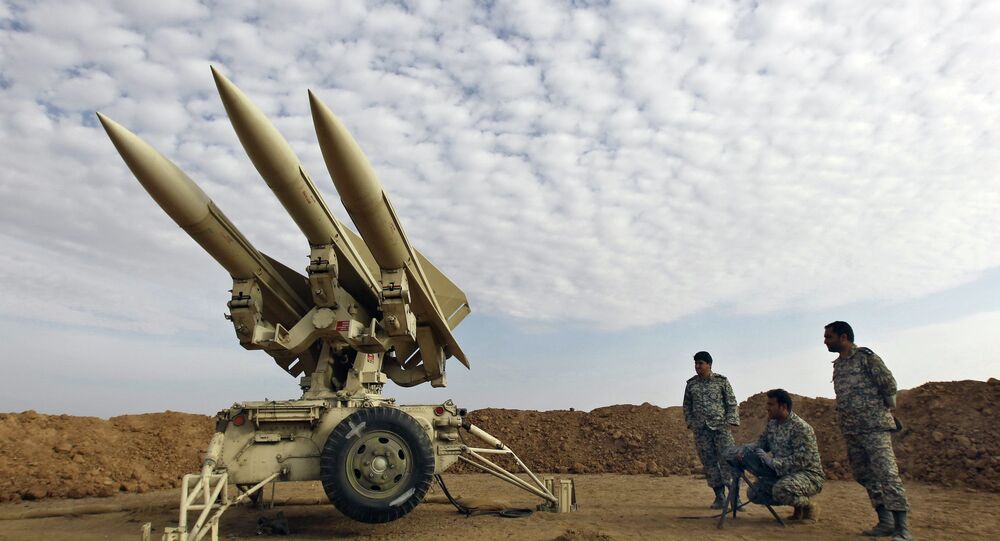 Iranian authorities have said repeatedly that the country's rocketry and missile testing activities were in full compliance with international treaties, including the UN Security Council resolution governing the 2015 Iran nuclear deal.

Tehran will be forced to reconsider its relations with European powers if they impose any new sanctions against Iran over its missile testing activities, Foreign Ministry spokesman Bahram Qassemi has said.

"Iran has always sought to consolidate peace and stability in the region, and believes the mass sale of sophisticated and aggressive weapons by the US and some European countries, including France, have undermined stability and balance in the region," the diplomat indicated, according to PressTV.

Emphasizing that Iran's military capabilities were governed by a defensive "doctrine of deterrence," Qassemi said that Iran had "designed its defence capabilities based on a realistic assessment of existing threats," and would strengthen these capabilities if necessary.

"Iran's missile capability is not negotiable, and this has been brought to the attention of the French side during the ongoing political dialogue between Iran and France," Qassemi stressed.

© AP Photo / Iranian Army
France Urges Iran to Stop Ballistic Missile Activities Related to Nuclear Weapons
Earlier, diplomats speaking to Reuters said that the EU was mulling new sanctions against Iran over its missile program, with the possible restrictions including asset freezes and travel bans on members of the Revolutionary Guards and individuals connected to the country's missile program. The US, which unilaterally withdrew from the Joint Comprehensive Plan of Action (JCPOA) Iran nuclear deal last May, has warned Iran not to engage in testing activities, and lobbied the EU to sanction Tehran.

Iranian officials have repeatedly indicated that their missile program was in line with the terms of the JCPOA and the UN resolution governing it, and indicated that Iran's missile capabilities were not up for negotiation. Iran has amassed a large arsenal of conventional short, medium and long-range missile systems which it insists are purely defensive in nature. Last week, US Secretary of State Mike Pompeo accused Tehran of "defying" the international community, and alleged that Iran was "pursuing enhanced missile capabilities that threaten Europe and the Middle East."

Zarif: Iran Will Support Venezuelan Government and People Against Conspiracies