Earlier, Trump said the financing of the wall's construction would be provided by Mexico in accordance with the renegotiated North American Free Trade Agreement (NAFTA), however, Mexico never confirmed or even suggested it would pay for the project.

Mexican President Andres Manuel Lopez Obrador said on Wednesday that he would not participate in talks on President Donald Trump's wall, calling the issue "an internal US political matter."

The remark comes after earlier in the day Trump said law enforcement officials are requesting $5.7 billion for the construction of a wall on the southern border.

The day before, Vice President Mike Pence told CBS News that US President Donald Trump ahead of his address to the nation was still considering the option of declaring a national emergency to fund the border wall with Mexico. 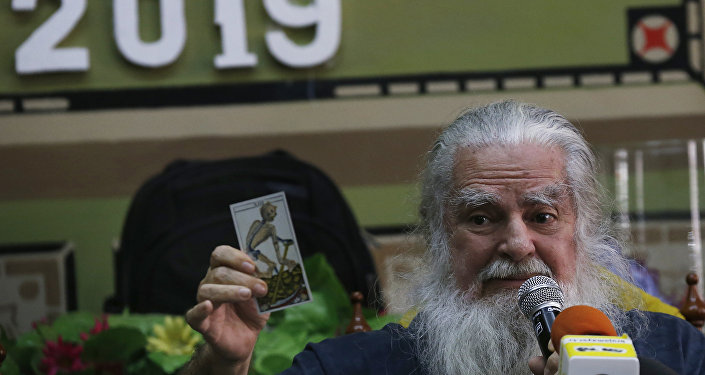 © AP Photo / Marco Ugarte
‘Wall Will Never Be Built’: Notorious Mexican Psychic on Trump’s Shutdown Demand
The US government has endured a partial shutdown for nearly three weeks after US President Donald Trump refused to approve a funding bill because it did not include more than $5 billion to build a wall along the border with Mexico. Trump has threatened to declare a national emergency to bypass Congress to build a border wall as a matter of national security, citing fear of terrorist illegal migrants.

Democrats believe that over $5 billion for the construction of the wall would be a waste of American taxpayers' money. Moreover, they have cited the president's oft-repeated promise that Mexico would cover the expenses for the wall.

The Mexican government has repeatedly said it would not pay for the wall, which was a central promise of Trump's 2016 presidential campaign.