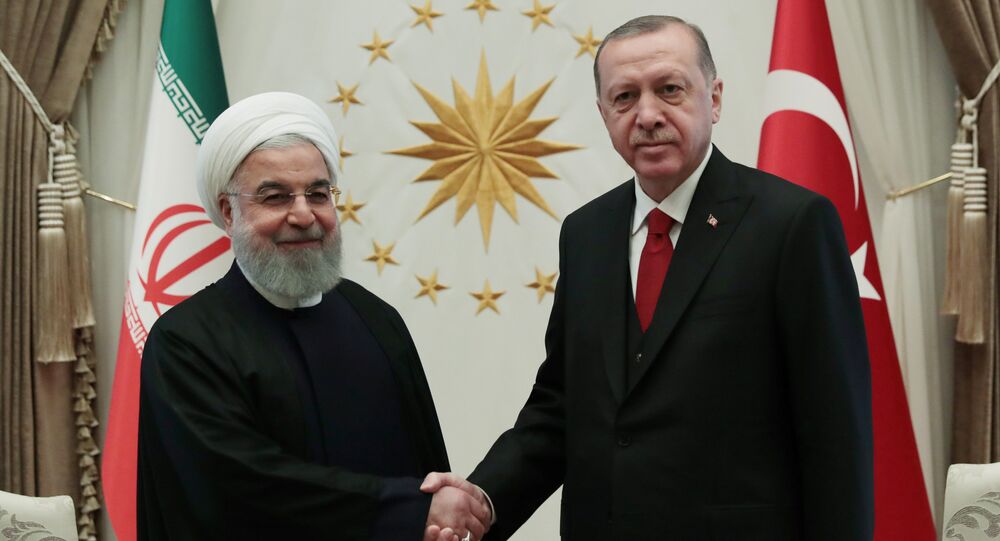 ANKARA (Sputnik) – Ankara is seeking to prolong its exemption from the US sanctions on Iran, which also affect countries that cooperate with Tehran, Turkish Trade Minister Ruhsar Pekcan said on Thursday.

“We have a free trade agreement with Iran; how can we expand our cooperation under such circumstances? We have a signed preferential agreement with Iran on imported goods. We continue the work at the ministerial level and technical delegations so that Turkey will be excluded from these bans,” Pekcan told the NTV broadcaster.

She pointed out that the US sanctions affected Iranian imports and investments and caused a recession in the nation's economy.

READ MORE: Turkey Will Maintain Cooperation With Iran, Doesn't Back US Sanctions — Erdogan

© REUTERS / President.ir/Handout
America Won't Bring Iran to Its Knees Although Sanctions Still Bite – Rouhani
US President Donald Trump announced in May that the United States would withdraw from the 2015 Joint Comprehensive Plan of Action (JCPOA), also known as the Iran nuclear deal, and reimpose its sanctions on Tehran that had been lifted under the agreement.

The first package of restrictions came into force in August, while the second one followed in November.

In the wake of this decision, the other parties to the JCPOA — China, France, Germany, Iran, Russia, the United Kingdom and the European Union — expressed their commitment to the accord and began working to create tools to bypass the sanctions.