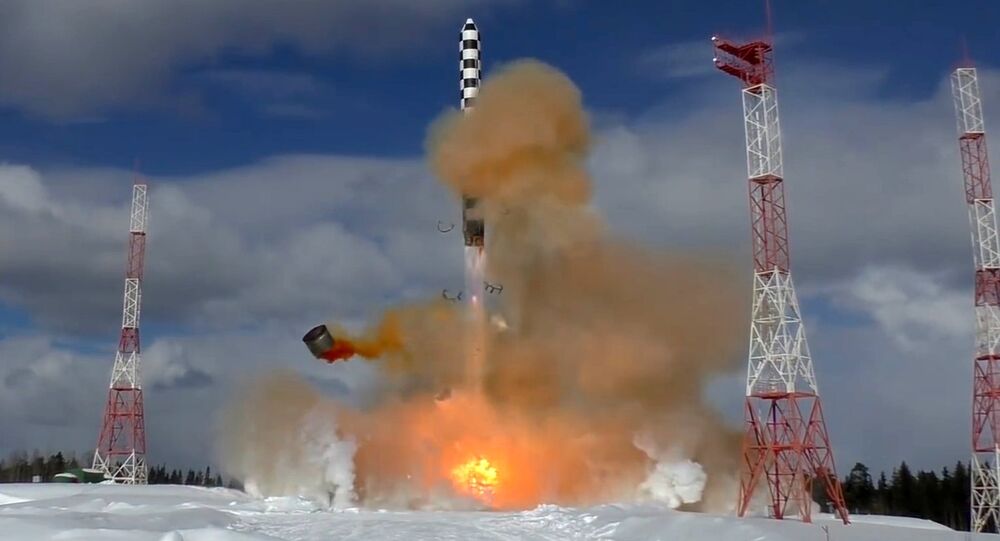 Previously, US Secretary of State Mike Pompeo announced that Washington would suspend participation in the Intermediate-Range Nuclear Forces (INF) treaty if Russia "didn't return to full compliance". Moscow, for its part, has denied claims regarding violations of the treaty, adding that the US was creating a pretext to withdraw from the accord.

"Washington should proceed from the fact that if the United States withdraws from the INF Treaty, then this agreement ceases to function and all responsibility for scrapping one of the foundations of strategic stability falls on the United States", Director of the Foreign Ministry Department for Non-Proliferation and Arms Control Vladimir Ermakov.

He noted that Washington had decided to leave the treaty in the early 2000s after the US had abandoned the Anti-Ballistic Missile Treaty.

The diplomat ruled out any unilateral INF checks on Russian territory, stressing, however, that Moscow is ready for reasonable negotiations with the American side.

"The United States is gearing up to break the universal reliance on international law, equal and understandable for all countries, trying to introduce some kind of their own 'rule-based approach' instead. Naturally, they assume that such 'rules' will be written in Washington, and, if necessary, unilaterally corrected along the way. We do not agree with this approach”, Yermakov stated.

Russian Defense Ministry
Lavrov: US Wants Russia to Ban Missile That Was Tested Within INF Framework
Both the US and Russia have accused each other of violating the treaty: according to Washington, Moscow has to terminate the development of its 9M729 missile system or modify the weapon due to its alleged non-compliance with the treaty. Russia has denied the allegations, also stating that Aegis Ashore systems deployed by the US in Europe pose threat to the agreement.