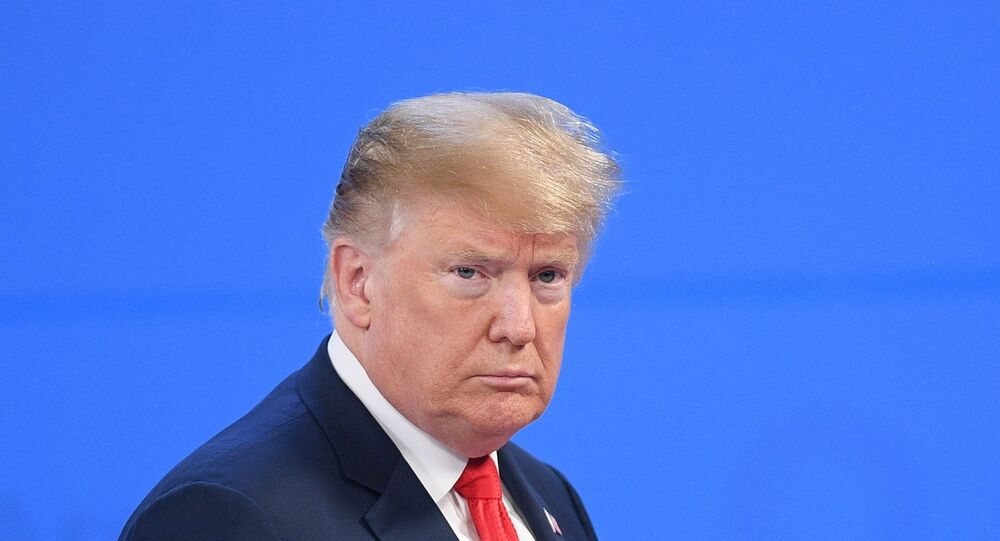 BUENOS AIRES (Sputnik) - US President Donald Trump said on Friday that he had cancelled his planned meeting with Russian President Vladimir Putin at the G20 summit in Buenos Aires only because of the Kerch Strait naval incident.

Putin and Trump were scheduled to meet at the G20 summit on December 1. However, Trump abruptly cancelled the meeting on Thursday after receiving a report on the Black Sea incident between Russia and Ukraine.

"The basis of what took place with respect to the ships and the sailors that was the sole reason," Trump told reporters ahead of his the meeting with Japanese Prime Minister Shinzo Abe.

The US president also expressed hope that Russia and Ukraine will resolve the issue soon and he will be able to hold talks with the Russian leader.

"Hopefully they’ll be able to settle it out soon because we look forward to meeting with President Putin," Trump said.

Commenting on the issue, Kremlin spokesman Dmitry Peskov noted that the Russian president and his US counterpart greeted each other but did not have time to talk at the G20 summit.

"They didn't get a chance to talk," Peskov said, noting that the two leaders just greeted each other.

READ MORE: Kremlin, White House Not Sure Trump to Have Pull-Aside Talk With Putin at G20

© AP Photo / Pablo Martinez Monsivais
Wag the Dog? Twitterati Crack Down on Trump's U-Turn on G20 Meeting Putin
The comment referred to the incident that took place on Sunday, when three ships of the Ukrainian Navy — Berdyansk, Nikopol, and Yany Kapu — breached the Russian border, entered Russian territorial waters that were temporarily closed and began moving toward the Kerch Strait, which serves as an entrance into the Sea of Azov. The Ukrainian vessels were detained by Russia after failing to respond to a lawful demand to stop.

In response to the incident, the Ukrainian authorities have introduced martial law in selected regions of Ukraine along the border with Russia as well as along the coast of the Black Sea and the Sea of Azov for 30 days.