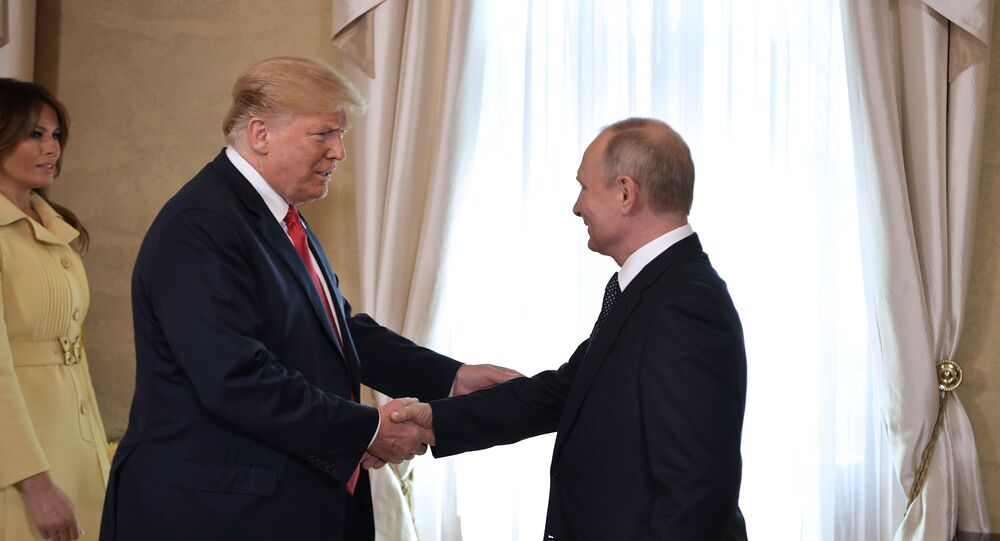 Sputnik talked to both Kremlin spokesman Dmitry Peskov and a White House official concerning a possibility of meeting between Russian President Vladimir Putin and his US counterpart Donald Trump on G20 sidelines.

BUENOS AIRES (Sputnik) — Russian President Vladimir Putin's program at the G20 summit is being made up, there is no replacement yet for the meeting with US leader Donald Trump, Kremlin spokesman Dmitry Peskov told Sputnik on Friday.

"It's not yet clear, the program is still being compiled, so far there's nothing to say," Peskov said when asked what kind of meeting Putin would have instead of contacts with Trump, which had been cancelled by the US side.

At the same time, a White House official told Sputnik that US President Donald Trump had no pull-aside meetings with Russian President Vladimir Putin scheduled for the G-20 summit in Buenos Aires.

"There is no scheduled pull aside with President Putin," the official said.

At the first G20 plenary meeting on Friday, Russian President Vladimir Putin will sit next to Saudi Crown Prince Mohammed bin Salman and four leaders away from US President Donald Trump.

The day before, Trump cancelled a scheduled meeting with Putin at the G20 summit in Argentina, explaining it by the situation in the Kerch Strait.

The accident in Kerch Strait that Trump cited took place on Sunday. Russia seized two Ukraine gunboats and 1 tugboat sailing toward the Kerch Strait, the only entrance to the Sea of Azov, after they illegally crossed the Russian maritime border, according to the Federal Security Service (FSB). The FSB also said the provocations were coordinated by two Ukrainian Security Service officers who were on the boats.

In response to the situation, Ukrainian authorities introduced martial law along the border with Russia as well as the coasts of the Black Sea and the Sea of Azov for 30 days.