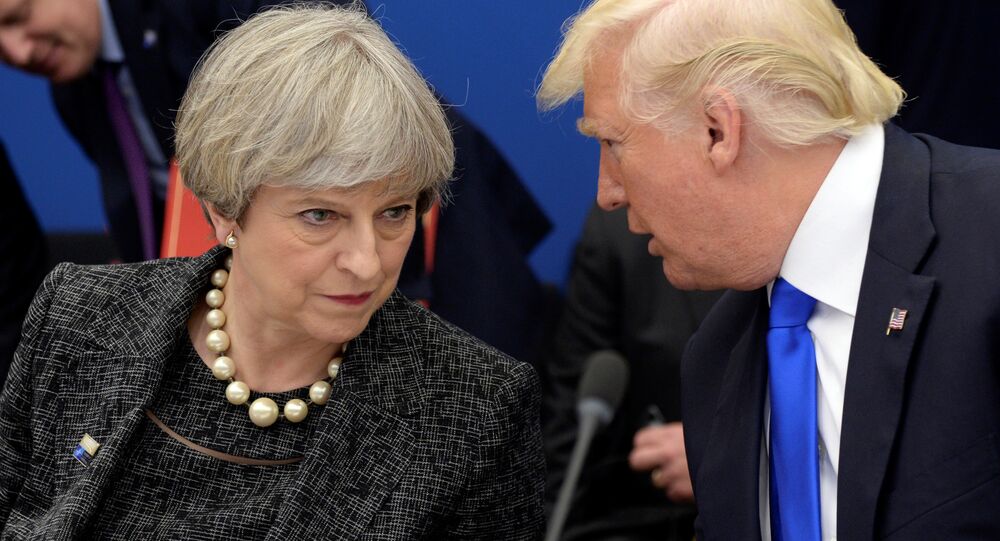 US President Donald Trump said earlier this week that the Brexit deal pushed by UK Prime Minister Theresa May was great for the European Union, but it could hurt trade between Washington and London.

Just a few days after President Donald Trump blasted the EU-endorsed Brexit agreement, Theresa May rushed to defend her brainchild as she embarked on a two-week tour of the country to promote the deal.

The prime minister insisted that the political declaration on the future EU-UK relationship along with the withdrawal agreement implied that the UK would be 'able to negotiate trade deals with countries around the rest of the world'.

‘As regards to the US, we have already been taking to them about the sort of agreement that we could have in the future. We have a working group set up and that is working very well, has met several times and is continuing to work with the US on this', she said.

This is the first comment from May following Trump’s suggestion that the UK and the US may not be able to maintain trade relations due to May’s deal:

‘I think we have to take a look seriously whether or not the UK is allowed to trade. Because right now if you look at the deal, they may not be able to trade with us. And that wouldn’t be a good thing. I don’t think they meant that', he told reporters outside the White House on Monday.

May’s office reacted shortly after his comments were reported, saying that the agreements allowed the UK to clinch trade deals with the US.

‘The political declaration we have agreed [upon] with the EU is very clear: we will have an independent trade policy so that the UK can sign trade deals with countries around the world – including the US. We have already been laying the groundwork for an ambitious agreement with the US through our joint working groups, which have met five times so far', a spokeswoman for the prime minister’s office said.

© REUTERS / Matt Dunham/Pool
Tory MPs Will Back May's Brexit Deal if PM Sets Resignation Date – Reports
On Monday, Theresa May embarked on a two-week tour of the UK to sell her Brexit deal agreed upon by European leaders, with the House of Commons expected to vote on 11 December.

Under the deal, the UK is set to leave the 28-member bloc on 30 March, 2019. Within the declaration, the UK and the EU would maintain their close partnership.