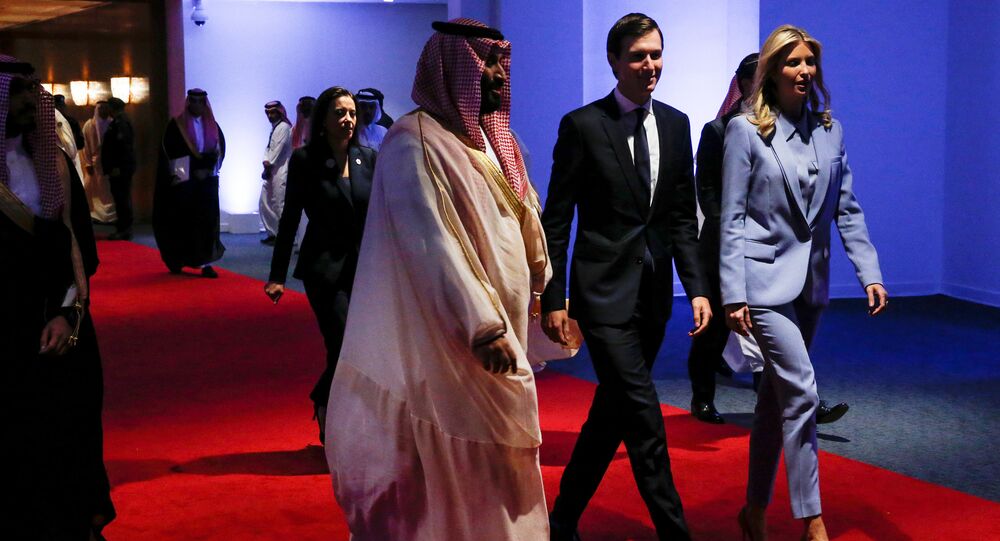 The call comes a few days after US President Donald Trump suggested that the Saudi crown prince knew about the murder of journalist Jamal Khashoggi. At the same time, Trump reiterated Washington's readiness to remain a "steadfast partner" of Riyadh so as to ensure the interests of Washington and its allies in the region.

Karen Attiah, a Ghanaian-American writer and Global Opinions editor for the Washington Post, has urged US Congressmen to respond to what she described as the US President's support for Saudi Arabia in light of the death of Saudi journalist Jamal Khashoggi.

On her Twitter page, Arriah urged Congress "to act" even though "it's easy to get lost in the grief and outrage over Trump siding [with the] Saudi regime that thinks nothing of butchering peaceful journalists in consulates."

It’s easy to get lost in the grief and outrage over Trump siding Saudi regime that thinks nothing of butchering peaceful journalists in consulates.

But hope is not all lost. Congress must act, and the American people can still help.

She also called on US lawmakers to probe Trump's and [his advisor] Jared Kushner's financial dealings with Saudi Arabia."

Her remarks came after President Donald Trump thanked Saudi Arabia for lower prices following his claims that Saudi Crown Prince Mohammed bin Salman 'could very well' have known about the killing of Khashoggi.

MbS once reportedly bragged about having Kushner “in his pocket”https://t.co/MXD1vP5mHN

Regardless of this, Trump underscored that Washington would remain Riyadh's "steadfast partner to ensure the interests of our country, Israel and all other partners in the region."

In another development, CNBC quoted Saudi Foreign Minister Adel al-Jubeir as saying that reports about a possible coup in a bid to change the royal line of succession were "ridiculous" and "way out of line".

Reuters earlier reported that some members of the Saudi Royal Family have allegedly been campaigning against Crown Prince Mohammed bin Salman becoming the next king.

Former CIA director John Brennan, for his part, called for the US Congress to declassify the CIA's intelligence on Khashoggi's murder, condemning Trump for ignoring the CIA's report.

Brennan tweeted that the president "excels in dishonesty" and that "no one in Saudi Arabia, most especially the Crown Prince should escape accountability for such a heinous act".

Last week, The Washington Post reported that the CIA had named the crown prince as the person who had allegedly given the order to kill Khashoggi, claims that were quickly rejected both Trump and the State Department as "inaccurate".

© REUTERS / Dinuka Liyanawatte
France Mulls Sanctions Against Riyadh Over Khashoggi Murder - Foreign Minister
An internal investigation concluded that a 15 man "hit-team" and six others were involved in the killing of the journalist. On November 15, the Saudi prosecutor said that the kingdom would pursue the death penalty for five of the suspects charged with Khashoggi's murder.

Washington Post columnist Jamal Khashoggi was killed on October 2 while visiting the Saudi Consulate in Ankara, Turkey. Riyadh at first denied that the journalist had disappeared in the consulate, but later confirmed that he was killed by a group of people waiting for him inside the diplomatic facility.