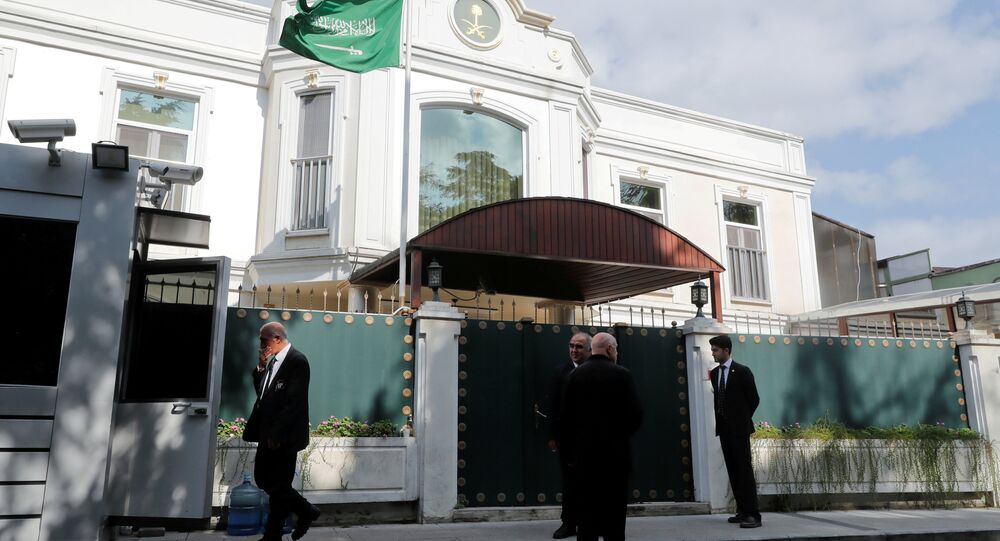 Earlier this week, US Secretary of State Mike Pompeo and Crown Prince Mohammed bin Salman held talks on the alleged murder of the journalist inside the Saudi diplomatic facility in Turkey.

After the talks with Turkish Foreign Minister Mevlut Cavusoglu in Ankara earlier in the day, Mike Pompeo commented on the disappearance of Jamal Khashoggi, noting that Washington takes the case "seriously" and stressing that Turkish President Tayyip Erdogan had made clear that Saudi officials were cooperating in the investigation into the missing journalist.

According to Pompeo, the US must be mindful in order to preserve good ties with Saudi Arabia as it considers any measures once the facts on the case are determined.

"If a country engages in activity that is unlawful, it's unacceptable. No one is going to defend activity of that nature. They need to simply say what happened," he added.

Previously, Riyadh let the Turkish investigators to inspect the Saudi Consulate in Istanbul, stating that the journalist was not detained by within the consulate, and had left the building on October 2.

© AP Photo / Emrah Gurel
High-Ranking Saudi Intel Officer Oversaw Khashoggi's Interrogation - Reports
Addressing the case last week, US President Donald Trump threatened to impose a "severe punishment" on Saudi Arabia if it turns out that its government is behind the disappearance of the journalist.

Khashoggi, a Washington Post columnist, went missing on October 2 after entering the Saudi Consulate in Istanbul. Ankara stated that he could have been murdered inside the building, while the Saudi government has denied such allegations, claiming that the journalist disappeared after he left the diplomatic facility.